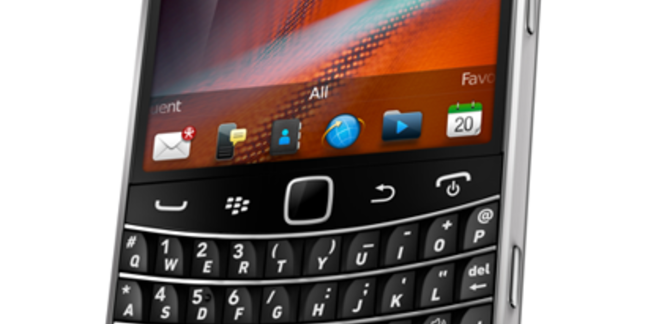 Updated BlackBerry BB10 OS uses dated protocols that leave users at risk of cryptographic attacks, according to a security researcher.

The latest version of the smartphone maker's operating system, BlackBerry 10, uses TLS 1.0, while competitors use TLS 1.2.

The post on the CrackBerry forum contains a screenshot from the howsmyssl.com test site, related to a test on BB10, that states that "your client is running TLS 1.0, which is very old, possibly susceptible to the BEAST attack, and doesn't have the best cipher suites available."*

Although it is in fact NOT vulnerable to BEAST*, the wider point that BB10 is using dated protocols stands. BEAST is a cryptographic attack developed in 2011 that's capable of decrypting sensitive web traffic protected by the ubiquitous secure sockets layer protocol.

"The ciphers used in TLS1.0 are dated and 'potentially' vulnerable to attack, though most if not all of these are mathematical possibilities with no real examples of vulnerabilities," explained Reg reader Winfield D.

Supported protocols for devices running BB10 include "cipher suites containing dangerous, treacherous or weak algorithms" such as RC4, ECDSA (NIST curves, owned by BlackBerry) and SHA1, according to the prolific forum member at CrackBerry who first drew our attention to the issue.

By contrast, more robust ciphers such as AES GCM and SHA2 are not supported, according to a post on the CrackBerry Forum. The poster argues that this leaves both business and consumer users of BlackBerry more open to government snooping.

We put these criticism to BlackBerry. In response, the smartphone maker defended its security practices without addressing the specific criticism about BB10. BlackBerry did, however, commit to updating to introduce support for the latest industry protocols as part of its general security update process.

BlackBerry uses a layered security approach to ensure all of our devices provide customers a unique level of protection. In addition, our detection capabilities are constantly evolving and adapting to address emerging security and privacy concerns in order to help keep BlackBerry customers protected.

We will also continually make updates in upcoming software releases, including support for the latest industry protocols.

"The browser is NOT vulnerable to the BEAST attack. I have confirmed this with my Z10," Reg reader John P explained.