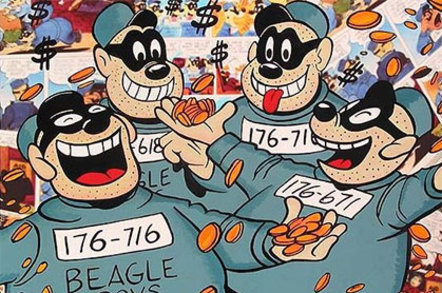 We already know that tech giants are good at keeping money out of reach of tax authorities. Now, an Australian academic has laid the blame for the problem squarely at the feet of the US government.

Writing at The Conversation, Antony Ting, whose analysis suggested that Apple had skipped billions in tax in Australia alone via an Irish subsidiary, says the American government winks at tax schemes.

“The US government has been knowingly facilitating the avoidance of foreign income tax by its multinationals,” Ting writes.

Ting says a change to tax law way back in 1997 creates a loophole through which US companies – not just the tech sector – are able to sail boats full of money.

In Apple's case, a product sold for (say) $AUD600 in Australia is purchased from an Irish subsidiary for $AUD550, leaving just $AUD50 for the Australian distribution operation – even though, as Ting points out, the product was made in China, shipped directly to Australia, and never got anywhere near a pint of Guinness.

Out of whatever is allowed to remain in Australia - or whichever country the customer's in - the sales organisation has to pay its costs, with only a sliver left as taxable profit.

In fact, the Irish subsidiary doesn't consume much Guinness either: it's a shell company with zero staff.

Before 1997, Ting explains, the Irish operation's income would have been caught by a tax provision called “subpart F”, but America changed its regulations to let the subsidiary disappear, to all intents and purposes.

The rest of the world is growing impatient with America's attitude, but Ting says things are unlikely to change any time soon. ®

Microsoft gazes forlornly at the halcyon days of 2018, before that release happened