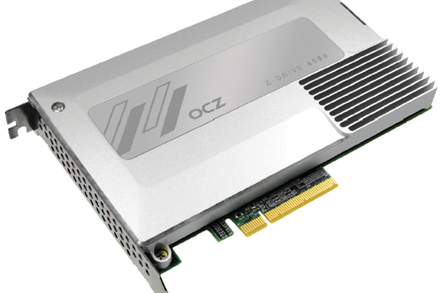 New Toshiba subsidiary OCZ has a new PCIe flash card, the Z-Drive 4500, complete with solid enterprise credentials - and none of the Ryan Petersen era hype.

That era produced the Z-Drive R5 with a notional 3 million IOPS and 12TB of capacity.

That product has disappeared from the OCZ roster and we now have the new Z-Drive 4500, compared to its R4 precursor. 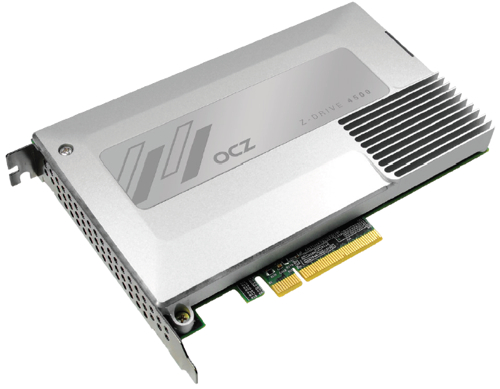 The R4 (R-series 800GB - 3.2TB capacity) did up to 410,000 random read and write IOPS, with up to 2.8GB/sec sequential read and write bandwidth. A CloudServ variant stored up to 16TB of data with up to 1.4 million IOPS and 6.4GB/sec bandwidth. The 4500 is marginally faster when sequentially streaming data but has lower IOPS numbers than the non-CloudServ R4.

But Toshiba/OCZ says the 4500 has consistent latency “regardless of data entropy” and a 5-year warranty. The endurance numbers are:

It also has Windows Acceleration software, called WXL, which “performs statistical ‘out-of-band’ processing to intelligently cache the most frequently accessed data on Z-Drive 4500 flash. A cache warm-up and analysis mechanism is also featured enabling important and demanding analytical jobs to be loaded onto the Z-Drive 4500’s flash cache in advance.”

We might assume that, with this product and its development possibilities, Toshiba has less need for a Violin Memory-developed PCIe product; just as well as Violin’s new CEO is putting the Velocity card business up for sale, with a closing down of the business if it’s not sold by the end of the quarter.

Toshiba/OCZ did not release pricing and availability information. We checked a few OCZ distributor sites like Ingram Micro and AVNET and didn’t find the product listed. ®