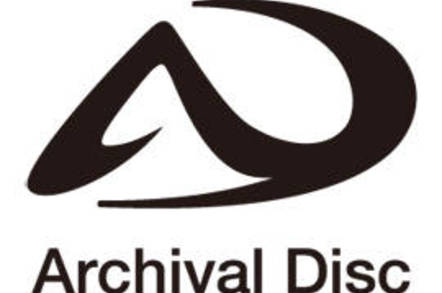 Sony has laid out plans to ramp up the capacity of its Blu-ray disc format in the coming years.

The company said that its joint effort with Panasonic, first outlined in July of last year, was on track to boost capacity of the optical storage discs from 30GB to 300GB by 2015, though no specific plans for new appliances were mentioned by the companies. (Sony wasn't able to tell us if the new discs will be compatible with existing readers and writers.)

Further down the line, the two companies said they plan to tout 1TB optical discs. No date was given for that target.

Dubbed the "Archive Disc", the new 300 to 1000GB format will seek to offer a replacement for the Blu-ray standard in data storage. In addition to employing higher density storage techniques, the Archival Disc format will include crosstalk cancellation technology, which will help improve the ability of the disc to accurately read data from the increasingly-dense data tracks of optical discs. 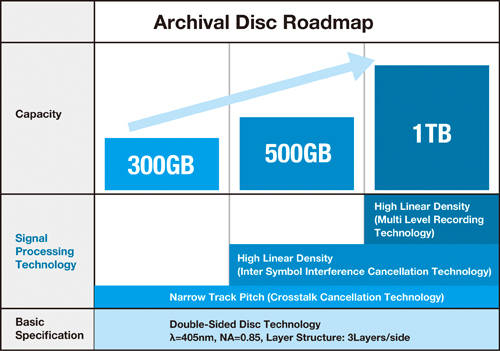 Up, up and away ... Roadmap of storage

When they are released, the new discs will seek to fill the heightened storage requirements of ultra-high definition films and big data platforms, both of which have generated larger pools of data while also requiring a larger pipeline to access information. The companies noted that the format will specifically target the data archiving sector – such as Facebook's cold-storage system that uses Blu-ray spinners.

The plans for the platform include the use of multiple discs to create large-scale cartridge storage units which could be used with data archiving appliances. Such systems could also help to transition systems from legacy storage formats and provide a removable archiving format which offers better performance than traditional large-scale storage formats with an improved tolerance for heat and humidity. ®