Projector on a smartphone? There's a chip for that

Route all power to forward phasers! 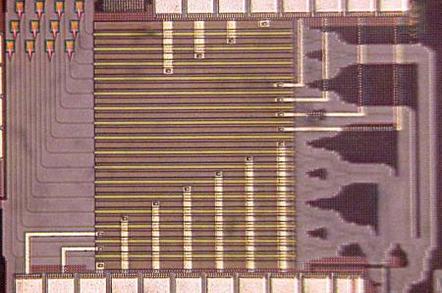 Caltech researchers have demonstrated a chip they hope will one day let smartphones act as projectors.

Instead of the light sources, image and lenses needed for a traditional projector, the Caltech chip uses an optical phased array (OPA) to create a projected image from a single laser diode – along the way eliminating the need for moving parts.

The OPA uses electrical signals to adjust the coherence of light waves on the chip's surface. As the Caltech announcement states:

“The researchers ... 'bend' the light waves on the surface of the chip without lenses or the use of any mechanical movement. If two waves are coherent in the direction of propagation—meaning that the peaks and troughs of one wave are exactly aligned with those of the second wave—the waves combine, resulting in one wave, a beam with twice the amplitude and four times the energy as the initial wave, moving in the direction of the coherent waves.” 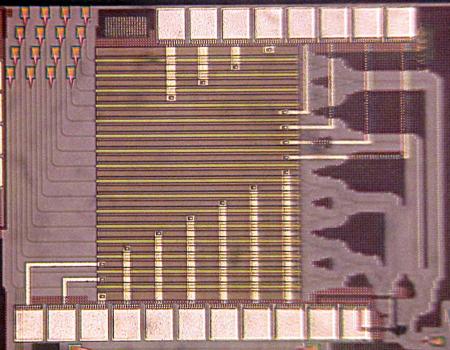 The chip controls the light beam by putting different numbers of electrons in the beam's path, changing the timing of light in the path. “The light is then projected from each array in the grid, the individual array beams combining coherently in the air to form a single light beam and a spot on the screen,” Caltech says.

In essence, the array creates a “light pen” that draws an image on a target surface as lots of discrete lines – but quickly enough that the human eye resolves the lines as a single image.

Currently, the researchers say, the OPA is only large enough for simple line images, however, by scaling up the chips, they expect to improve the resolution and complexity of the images they can create.

For their experiments, the group, led by professor Ali Hajimri, used infrared laser for the light source, because that let them work with cheap silicon. However, the same architecture can be used with other semiconductor compounds to create visible “light pen” projectors.

Hajimri added that similar technology could be used to vastly simplify light-based radar (LIDAR) systems. The chip was demonstrated at the Optical Fiber Communication (OFC) conference in San Francisco on March 10. ®