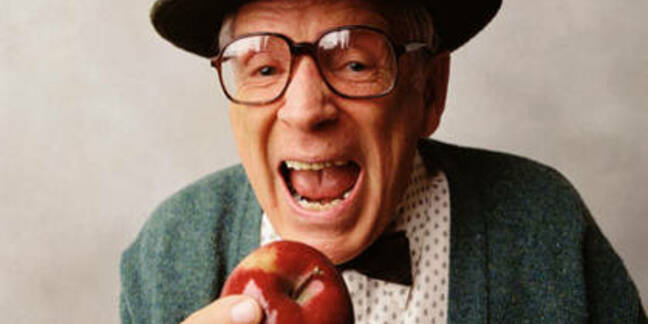 Apple has received a patent for a method of detecting if an electronic device's operating parameters are being adversely affected by aging circuitry, and if so changing those parameters remotely through adjustments to its firmware.

US Patent 8,671,170, "Modifying operating parameters of a device based on aging information," describes a method of helping an electronic device recover from the fact that as transistors, for example, age, they may need higher threshold voltages (Vt) to fire them up, or that power supplies get less powerful over time.

The patent is worth a close read if you're conversant with electronic circuitry, as it goes into some detail about the structure and function of the aging detection circuits (ADCs) and their relationships with operating frequencies and voltages.

In summary, however, the patent describes collecting circuit-aging information from the ADCs and storing it in a "non-transitory computer-readable memory medium" along with information about operating and ambient temperatures, and usage and battery-condition information.

That information can then be shared with either a locally connected computer or a server accessible over a wide-area network, which will then determine if the information it has received warrants a firmware adjustment on the device. If so, the adjustment will be downloaded to the device.

In another embodiment, to use a bit of patentese, a remote server could build profiles based on millions of iPhone users, and make its decisions based on what might be called digital crowd-sourcing.

Alternatively, the ADCs could compare their data with a preloaded parameter table on the device, and call for a sip from the Fountain of Electronic Youth all by themselves. In another embodiment, the ADCs could adjust the power going to different circuits on the fly, based on the needs of different workloads — crank up the Vt for a round of Infinity Blade III, then let things mellow when adding a quart of milk to AnyList.

In this example, a series of inverters are enabled at different Vt levels (click to enlarge)

By adjusting operating parameters in this way, the operating life of the device can be extended, although its power usage profile may be less efficient or its peak operating frequencies may be lower than they were when it was young and frisky. [We know the feeling — Ed]

Additionally, a user might choose whether they want to bias their upgraded profile toward a longer life expectancy for their gadget, higher performance, better battery life, or other parameters.

The concept of creating circuits that are resilient to aging isn't new, of course. A couple of years back, for example, The Reg reported on Intel's work on an experimental microprocessor that could adapt to variations in supply voltage, temperature changes, or aging transistors using error-detection circuitry (EDC) and tunable replica circuits (TRC).

Apple's contribution in Patent No. 8,671,170 appears to lie in the ADCs and their ability to not only detect aging circuitry, but also to communicate with an external server and order up a firmware flash, one that can be tuned to a user's preferences.

That said, if any Reg reader knows of prior art, we're all ears. ®