TSMC sole supplier of Apple's A8? NO WAY, says Samsung, US TOO 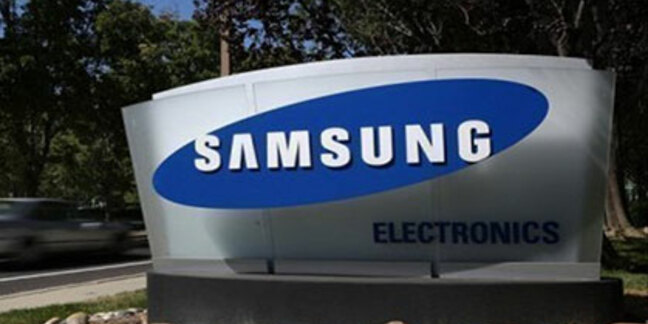 Taiwan Semiconductor Manufacturing Company (TSMC) may not have the exclusive contract to fab Apple's next-generation mobile processor, the A8, after all, as had previously been suggested.

Last week, China's Commercial Times reported that TSMC had ramped up production of the new chip and that it would replace Apple's erstwhile semiconductor partner, Samsung, as the sole supplier of processors for the next Cupertinian smartphone.

But a new report suggests Apple is planning to use chips produced by both companies and that Samsung may not be far behind TSMC in bringing the A8 chip to market.

In fact, industry sources claim Samsung is now in the final testing phases before it begins mass producing the chips at its fab in Austin, Texas, where it has manufactured previous A-series chips for Apple.

The delays have reportedly been due to difficulties the South Korean firm has had getting sufficient production yields from the 20-nanometre process that the A8 design requires. TSMC seems to have had more success with its own 20nm process, leading to rumors that it would handle Apple's entire order.

But a source told ZDNet Korea on Monday that the previously reported problems at Samsung's fab were "exaggerated" and that the South Korean firm was on track to begin mass production of the A8 in time to meet Apple's needs.

Rumors that Apple will drop Samsung for some other chip-baking partner are perennial favorites among gossipy fanbois. Yet while there's no love lost between the two companies' smartphone divisions, Apple so far seems content to let its Korean rival bake its custom silicon.

Exactly what will be inside the A8 package is not known, since Apple tends to be secretive about its processor designs. But an earlier report suggested that the system-on-a-chip A8 would feature a quad-core 64-bit ARM-compatible application processor (as opposed to the dual-core CPU found in the A7), plus a "quad core" GPU, which we suspect might be Imagination Technologies' PowerVR GX6450 in four-cluster configuration.

Apple is expected to announce a new iPhone in the third quarter of 2014, and that both Samsung and TSMC should be running at full production yields on the A8 by the second quarter. In keeping with its habit, Apple itself has announced no details of its forthcoming products. ®