What do you think they'll decide? 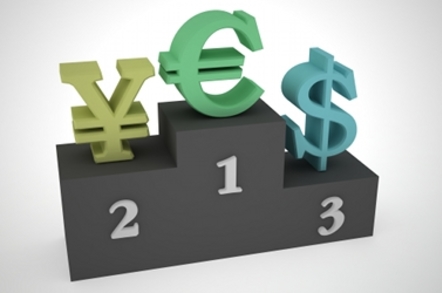 The European Banking Authority (EBA) will create a taskforce to advise it on whether virtual currencies should be regulated.

The watchdog said that the taskforce will be created before July and have the objective of answering the question of whether virtual currencies "can and ought to be regulated".

Other potential risks for "investors from using virtual currencies for speculative purposes or from buying investment products that are based on virtual currencies (e.g ETFs using Bitcoins as an underlying asset); and for societies more widely, as a result of virtual currencies being used for criminal activities, such as the anonymous purchase of illegal goods, including drugs and weapons," will also be investigated by the taskforce, the EBA said in a new report (40-page / 864KB PDF).

The EBA has previously reported on the risk associated with virtual currencies. Consumers risk losing their money by "buying, holding or trading" them, it warned in December. This is because virtual currencies, such as Bitcoin, are not specifically regulated within the EU.

It said that consumers lack protection against the insolvency of virtual currency platforms and that they do not have refund rights when they use virtual currencies in transactions, and may also have to pay tax on the assets.

The most commonly cited virtual currency is Bitcoin. Bitcoin is a digital asset with a monetary value but which is currently not recognised as an official currency anywhere in the world. Some retailers accept payment by Bitcoin for goods and services, but most traders, especially in the EU, have not yet put systems in place to accept Bitcoin transactions.

The trading of Bitcoin is not regulated within the UK or broadly across the EU currently, but technology and payments law specialist Angus McFadyen of Pinsent Masons, the law firm behind Out-Law.com, previously said that proposed new EU laws on payment services leave open the possibility of Bitcoin being regulated in future.

Technology law expert Luke Scanlon of Pinsent Masons recently sought to explain whether Bitcoin can be deemed as being "money" or an "asset" and why the answer is important to determining whether and how it could be regulated.