Traditional RAID is outdated and dying on its feet

Well, it sure is for large-scale data 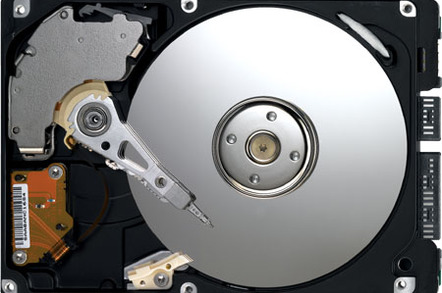 HPC blog The video below is an interview I did with IBM storage guru Robert Murphy at SC13 in Denver. I’m still in catch-up mode after my recent near-disastrous rootkit episode.

In the video, Robert and I talk about how today’s typical RAID mechanisms (1, 5, 6, 10) just aren’t up to the job of protecting data against drive failure while providing ongoing access. Two trends in particular are responsible for the murder of traditional RAID:

Larger spindle size: Disks today are bigger than ever, with enterprises deploying single drives with an astounding 4TB capacity. Unfortunately, durability isn’t keeping up. A modern 4TB drive isn’t any more reliable than a 1TB version of the same spinner.

When a 4TB drive fails, it takes a whole lot of time to rebuild. How long will depend on your array, how many drives are in it, and other factors, but I’ve seen estimates ranging from 20 hours to days for a single 4TB rebuild.

While the drive is being rebuilt your RAID array is still operating, but in degraded mode. The amount of degradation will vary according to your hardware, software, etc., but you could be operating 25% to 35% slower.

Many more spindles: With the explosion of data, enterprises today have many more spindles than in the past. Even uber-large drives (technically, any drive above 2TB qualifies as ‘uber-large’) haven’t allowed organizations to cut down on the sheer number of spindles they’re spinning.

When you’re flogging thousands or tens of thousands of drives, you’re going to get more failures (now there’s a blinding glimpse of the obvious). Drives will need to be replaced and volumes rebuilt – and you’ll be running in degraded mode while this is going on.

Add more drives, and you’ll have more failures, meaning yet more time in degraded mode during rebuilds. As rebuild times stretch out, you’re marginally more likely to see another failure on the same array, which could result in data loss.

Is there a better way?

IBM thinks so. It’s their homegrown GPFS (General Parallel File System). GPFS approaches the data protection and access problem from a much wider angle. It’s a version of declustered RAID that stripes data uniformly throughout the array, meaning that when drives inevitably fail, all of the drives in the array pitch in to help on the rebuild.

According to IBM, rebuilds are radically faster (minutes rather than hours) and ‘degraded mode’ operation is 3-4 times less degrading.

IBM has also introduced a new storage appliance, the GPFS Storage Server, which combines GPFS with inexpensive hardware to yield a storage server with high levels of data protection and high performance.

What’s surprising is the cost. While Robert didn’t give out any numbers, he said that the GPFS-SS should cost about half of what other storage vendors charge for their proprietary arrays. It’s not very often that you see IBM competing on price, right?

Check out the video at the top for more details, charts, and some interesting storage talk.

Oh wait, yes they do

Quick, the taxman is outside, wire us $60k! US victims targeted, possibly UK too