Raises $20,000 for EFF, and support for some in security industry 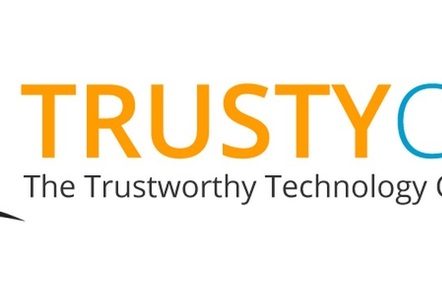 TrustyCon The TrustyCon security convention in San Francisco today has had a sell-out first show – which generated a $20,000 check for the Electronic Frontier Foundation.

TrustyCon was organized following the decision by F-Secure's Mikko Hyppönen to pull out of the annual RSA conference in protest at the company's apparent complicity in using a cryptographic algorithm at the behest of the NSA – an algorithm that turned out to be hopelessly flawed. After more speakers pulled out of the RSA 2014 gathering, the decision was made to hold an alternative security conference discussing how to ensure trust in technology.

"For me it was a very personal decision. The revelations of the cooperation of a security company with an intelligence agency regarding weakening security are the definition of losing trust. If our users don’t trust us we lose," Hyppönen said.

"I wasn't really expecting this boycott of mine to change anything or anyone else to cancel. In particular I wasn't expecting any of the American speakers to cancel. I'm very happy to see a sizable numbers of speakers, the ones with balls, did cancel."

The 400 tickets, priced at $50 a pop, sold out quickly and the organizers said that there was a waiting list of 300 people who couldn't be accommodated. Compared to the 25,000 people attending RSA 2014 that's not much, but given the short lead time, conference frontman Alex Stamos, co-Founder of iSEC Partners, said he was very happy with the turnout.

That said, Stamos claimed that there had been problems: some conference venues refused to host the event, while others said that they would have to check with RSA first, Stamos told El Reg.

Even more sinister, the AMC Metreon venue that accepted the conference booking received a phone call this morning warning that the site was hosting a "protest conference," and warned the venue to beef up security for the show.

The conference organizers said that, at this point, the plan is to hold another get-together next year, but that a final decision will be made closer to the time. ®