If wasps can do this to an A330, how are Internet of Things sensors going to fare? 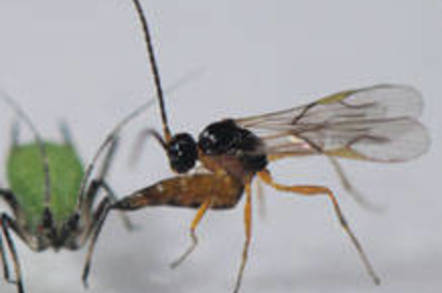 Wasps have been found to be the reason an Airbus A330 aborted a takeoff attempt and then made an emergency landing.

The incident took place in the Australian city of Brisbane in November 2013. The Airbus arrived from Singapore without incident. An attempt to take off on the return leg was aborted after instruments reported it was travelling down the runway at just 88 knots (162 km/h), rather less than is necessary to achieve flight.

The plane returned to the gate for an inspection, but no obvious problem was found. As only one source of flight speed data had delivered the unwelcome readings, settings on redundant sensors were changed and the plane was deemed safe enough to proceed.

A second attempt to take off succeeded, but as the Australian Transport Safety Bureau (ATSB) records, the pilot again worried about airspeed data and made an emergency landing. Once again, technicians examined the craft. Here's what they did, and found:

“Subsequently, the pitot probes (which measure airspeed information that is sent to the ADIRUs) were visually inspected. The inspection found that there was an internal obstruction of the captain’s probe, while the first officer’s and standby probes were clear. The captain’s probe was removed from the aircraft and sent to the probe manufacturer in the USA. Examination showed that it had been almost completely blocked by an insect nest, composed of sand and mud, that was consistent with the nest of a ‘mud-dauber’ wasp.”

Airport records suggest the wasps worked fast: the plane arrived at at 09:49 and left the gate at 11:52, leaving just over two hours for the insects to gum up the A330's airspeed probe.

Sadly, the ATSB's notes on the incident don't record how the plane's crew explained the incident to passengers.

Here at Vulture South, we'd also be interested to know how internet of things advocates will explain this to their prospects. After all, if even the safety-conscious aviation industry can have multiple sensors confused by just two hours' worth of insect action, how are all those billions of sensors we're told will be installed any day now cope with similar complications? And how will users know when not to trust their input? ®

Dear Tesla, stop calling it autopilot – and drivers are not your guinea pigs

Four-year study will bung patient records in the cloud

A ghoulish tale of pigs, devs and docs revived from the dead

Something for the Weekend, Sir? Dr Frankenstein had it all sewn up, you know

Hey Mac users, want to be unpaid guinea pigs for Microsoft? Sure you do