Sod the London Look, it's all about the Rasputin Look 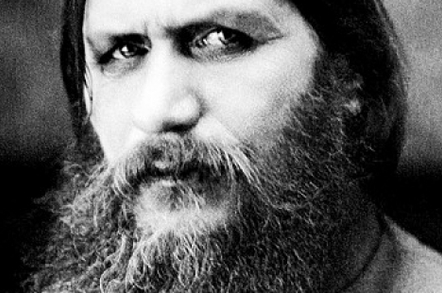 Do you want to look like a hipster hobo but don't have enough fertile facial follicles to grow a Jesus beard?

Help is at hand, as long as you're willing to shell out more than $8,000 and travel to New York.

Cosmetic surgeons in the Big Apple have claimed the trend for biblical beards is driving a boom in facial hair transplant surgery.

Baby-cheeked trend-chasers are flocking to copy the look they've seen in the pages of Vice Magazine or perhaps on the John Lewis adverts, which often feature a man with the sort of facial hair sported by Rasputin or Osama bin Laden.

The process works a bit like hair transplants, where follicles are removed from a hairy part (like your head, cheeky) and then put on a less hairy part.

Danny Higuera, 26, owns a construction company. Although he didn't reveal whether he had more money than sense - which is our strong suspicion - he said he wanted to look just like his hirsute dad, but could only manage "little patches" on his mush.

Instead of just being a man and dealing with this issue, the wannabe hipster handed Manhattan surgeon Jeffrey Epstein $8,000 to help him grow a beard.

"There are people that like long hair, short hair, I just wanted a nice beard," he told AFP.

"I like that rugged look, that five o'clock shadow. To a certain degree I do consider myself a hipster. I think it's very trendy to have a beard - to do things with your beard."

Epstein said: "Thirty to 35 per cent are those guys aged 26 to 40 that sort of fit into that category of hipster. It's not a clear term, but probably the single biggest group are these guys."

Yael Halaas, a doctor who works near Park Avenue, said she had witnessed a veritable flood of stupid young men in their 20s and 30s.

"These guys kept just streaming in complaining either they can't grow much of a beard at all or that they have patchy areas that weren't filling in properly," she said.

"A lot of them tend to be in their 20s and 30s, they tend to be hip New Yorkers definitely with an eye for aesthetic detail – they may work in the visual arts or performing arts."

Halaas claimed she sees five mugs patients a week, where it used to be 10 a year.

So what happens when beards go out of fashion and you've spent thousands of pounds on sticking hairs to your face, as well as permanent scars from the process?

Funnily enough, the docs don't seem to discuss that. ®