Booze and bacon sarnies: A recipe for immortality? 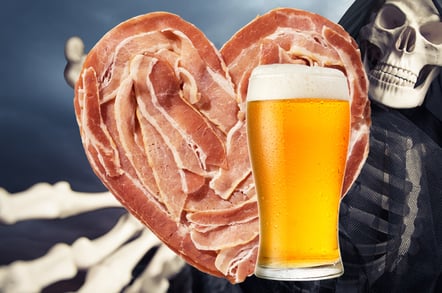 Earlier this week, a chilling and extremely newsworthy report established a link between fried meat and Alzheimer's disease.

"Bacon is particularly problematic," doomwatched the Daily Mail, a noted proponent of the "if it's tasty it'll kill you" school of scientific killjoyery. 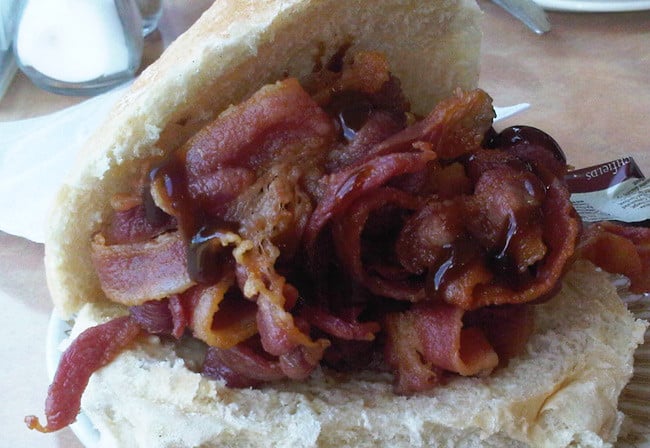 It gets worse. Scientists have indicated that bacon also reduces fertility, while a daily consumption of of more than 20g of processed meat in general - "equivalent to one meagre rasher of bacon" - is a surefire shortcut to the hereafter.

Or so they'd have you believe. Among the amazing powers of bacon is its ability to cure hangovers. The negative effects of excessive alcohol consumption are well known - impotence, cirrhosis of the liver, maudlin pub musings, alcopop-fuelled teen pregnancies, the Saturday-night reduction of British city centres to vomit-spattered warzones, and so forth - but booze too has extraordinary properties. 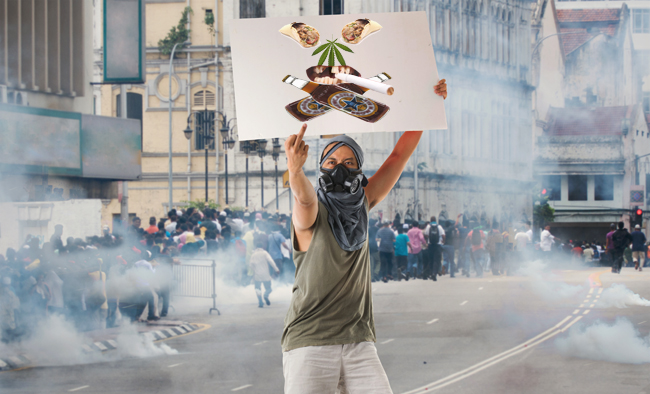 Typical warm-up for a Saturday night in Newcastle

In fact, it benefits cardiovascular health, fights asthma, provides immunity to Mike Tyson and, critically, wards off dementia and makes you clever.

So, here's the thing: if bacon can be used to combat the negatives effects of alcohol, while alcohol can prevent you from losing your marbles as a result using bacon to counter the downside of alcohol (something we have dubbed the "Baco-Booze Harmonious Feedback Loop"), then you are in a position to exploit the increased intelligence alcohol confers.

Theoretically, were you to consume enough bacon and booze, your IQ would rise to such a level that you would eventually have the mental capacity to solve any problem, including that of how to conquer disease and ageing, thereby achieving immortality. 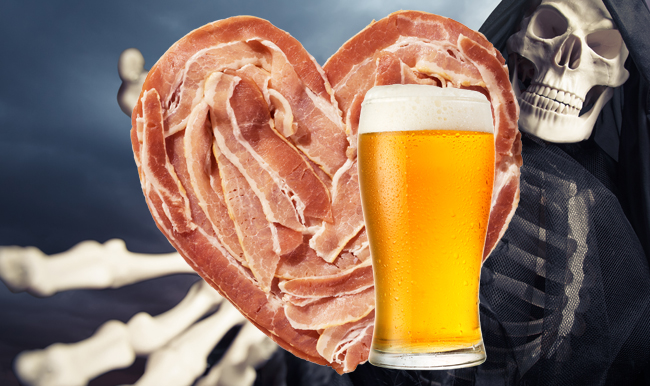 Immortality? Yes, thanks very much

Ideally, the advance towards total enlightenment would be fuelled by a simultaneous consumption of booze and bacon superdiet, and we've already tested this during our Bauernfrühstück v bacon sarnie post-pub nosh deathmatch.

Our old pal Jose María Pita willingly volunteered to get his laughing gear around some fried pork while quaffing beer, and after an hour or so reported "heightened awareness of the nature of the universe and the meaning of human existence". 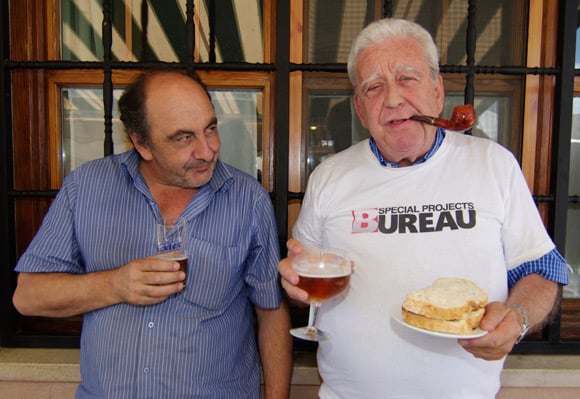 That's good enough for us. We recently presented our findings to the UK's top boffins, but remarkably, they unanimously told us to eff right off.

Undaunted, we will continue our research which is, we believe, vital to the long-term survival of the human race. ®