But we'll do ATOM for servers anyway because some people need it, says enterprise GM 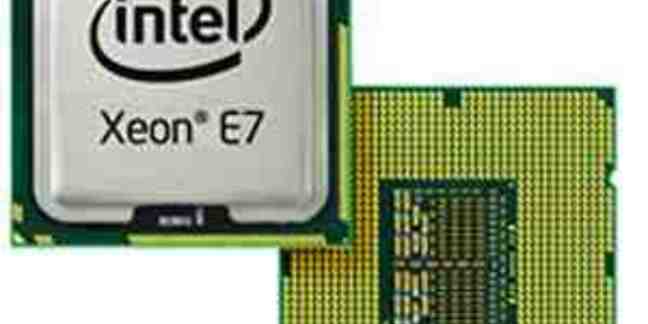 That's the opinion Gordon Graylish, Chipzilla's general manager for enterprise solution sales, shared with The Reg yesterday at the Australian launch of the Xeon E7v2, Intel's latest offering for the heftier end of the server market.

“The world has a big issue around vectorisation and parallelisation of code,” Graylish said. “99% of code isn't written that way.” Graylish also feels “defining a workload that can run in 1000 cores is hard.”

Most software, Graylish added, “still requires a big meaty core” and Intel is happy to provide them.

Graylish did admit Intel is hedging by developing both the Atom and Xeon Phi products. “We are saying there are two models of computing here and we'll support both. It would be the wrong decision would be to say we believe in one only.”

Graylish's remarks are notable in the context of speculation that ARM-powered servers are of considerable appeal to large-scale data centre operators. ARM CPUs now have impressive specs, thanks in part to mobile devices' need for more powerful engines. Some, such as Netscape-inventor-turned-venture-capitalist Marc Andreessen have suggested providers of mobile apps like the idea of an all-ARM stack. Others believe that as ARM chips are cheaper to acquire and operate than Intel's kit, Chipzilla is toast

At the Xeon launch Intel did address total cost of ownership, but named only IBM Power Systems as a competitor.

The omission is understandable: ARM servers are not prevalent at present, no matter that the likes of Google are widely considered to be ready to build them.

Graylish seemed unconcerned by the prospect of ARM-powered servers becoming more widely available. “90% of the time people will choose the meaty core,” he said.

But the presentation also featured much discussion of how software eventually replaces exotic hardware with Graylish claiming some credit, on Intel's behalf, for a big dip in the price of storage appliances thanks to customisation of Xeon so it works better in array controllers. Just what makes Intel immune to disruptive software innovation that would allow an app designed for big servers to be run on an ARM swarm wasn't addressed. ®