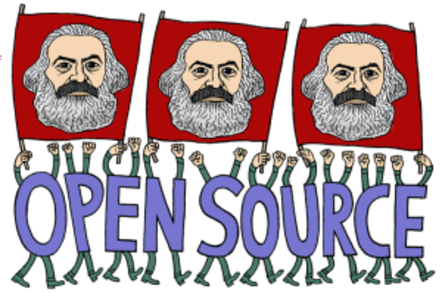 The Linux-friendly burghers of Munich are rolling out their own open-source groupware cloud, bucking the trend for going public.

The German city has selected Kolab Desktop Client and Kolab web Client for more than 14,000 Linux PCs, surviving Windows PCs and a generation of mobile devices under a four-year project called MigMak, which has the option to be extended to eight years.

The software will be deployed following a public tender awarded to integrator ESG.

A key part of the project will see the Kolab software running on the city’s own infrastructure and its own cloud.

The City is going against the trend, particularly in the public sector, to float one's groupware and collaboration in the cloud.

Other options would have included Google’s Gmail and Docs and Microsoft’s Office 365, neither of which were understood to have been in contention for this particular project.

Munich is understood to have gone with its own infrastructure rather than use a cloud provider’s platform because of concerns over security and of regulation – security of data, that is, and regulation of where data on its citizens can be stored.

It was Munich that in 2004 said it was ditching Microsoft on the desktop for Linux in order to assert its autonomy over its IT infrastructure under the LiMux project. Munich swapped Windows and Office for Linux and OpenOffice in a move that saw Microsoft's then chief executive Steve Ballmer interrupt a skiing holiday to personally try to lobby the city's leaders to stay with Microsoft. ®

The City decided it didn’t want to be beholden to a single IT vendor, and wanted to regain control of its IT roadmap and budgets. Munich's mayor, Christian Ude, said in 2012 the switch from Windows to Linux had saved the the city more than €4m in one year alone.

Kolab, from Swiss company Kolab Systems, was developed by the German Federal Office for Information Security (BSI). The system can be installed on premises but is also available for application service providers and ISPs to deploy.

ESG said it would take care of integration, installation, configuration, testing and consulting services during the rollout.

The integrator's customers include schools in the Swiss city of Basel, where it rolled out a web client to 35,000 PCs. It also claims an unnamed 100,000-seat rollout for an unnamed Fortune 100 company.