Candy Crush King stops trying to trademark CANDY in the US 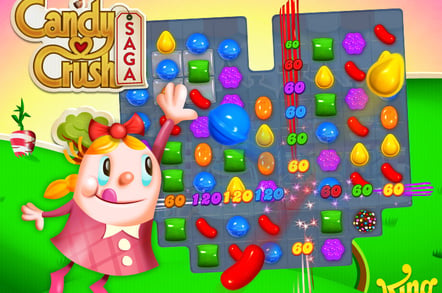 Games developer King has abandoned its attempt to get the word CANDY trademarked in the US, to go with its matching European trademark.

The company said that after being awarded the trademark for CANDY CRUSHER, it no longer felt the need to pursue a trademark on the word CANDY.

“King has withdrawn its trademark application for CANDY in the US, which we applied for in February 2013 before we acquired the early rights to CANDY CRUSHER," the firm said in a statement.

"Each market that King operates in is different with regard to IP. We feel that having the rights to CANDY CRUSHER is the best option for protecting Candy Crush in the US market. This does not affect our EU trademark for CANDY and we continue to take all appropriate steps to protect our IP.”

The gaming app firm has run into difficulties with its rather broad trademarking policy, with independent app developers launching a game jam to protest against King's assertion of their CANDY and SAGA trademarks on smaller game-makers.

The game jam, where developers were invited to bombard app stores with games containing the words candy, saga, crush, etc, was launched after King pulled a week-old game from the Apple store made by programmer Benny Hsu. After Hsu told the story of the takedown on Reddit, he got a lot of publicity, forcing King to defend its IP policy.

The less-than-favourable press comes at a bad time for King, as it's currently planning a $500m IPO on the New York Stock Exchange. ®