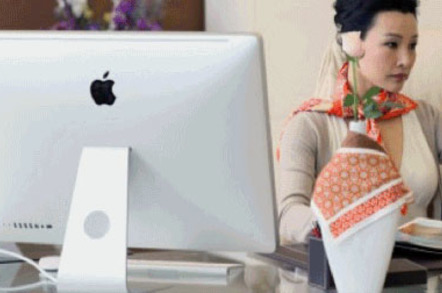 Apple has admitted a bug in Mac OS X 10.9.1 allows hackers to intercept and decrypt SSL-encrypted network connections – and has promised to release a fix "very soon."

Sensitive information, such as bank card numbers and account passwords, sent over HTTPS, IMAPS and other SSL-protected channels from vulnerable Mac computers could easily end up in the hands of snoopers as a result of this security hole.

The Cupertino giant issued updates for versions 7 and 6 of its mobile operating system iOS on Friday to address the same flaw in iPhones, iPads and iPods.

The security hole was created by a trivial programming cock-up, which causes Apple's SSL/TLS library to skip over vital verification checks of a server's authenticity when establishing a connection.

A malicious router, Wi-Fi access point or other man-in-the-middle system could exploit this to silently masquerade as a legit website or online service, and thus intercept, read and tamper with the private contents of a victim's supposedly secure connection.

Apple's Safari web browser and Mail client running on OS X 10.9.1 are vulnerable to SSL snoopers because they rely on the broken crypto-library; other Cupertino apps such as Facetime and iMessage, and third-party programs using Apple's crocked code, are all faulty as well. Google Chrome and Mozilla Firefox are not vulnerable because they don't use the busted SSL library.

Tech-savvy users can use the otool command-line utility to determine whether an application is vulnerable by inspecting the libraries it loads. Apple's broken SSL library is version 55471, so grepping for that number from otool's output will reveal whether the program is using the knackered Security framework. For example...

...produces no results because Apple's SSH (which declares itself to be SSH-2.0-OpenSSH_6.2) uses version 55456 of Apple's Security framework library. Unfortunately, several apps are using version 55471:

"We are aware of this issue and already have a software fix that will be released very soon," Apple spokeswoman Trudy Muller told Reuters this weekend regarding the SSL certificate validation bug in OS X 10.9.1.

Meanwhile, someone's set up a website called gotofail.com, a reference to the C code bug at the heart of the problem, so that users can check whether their web browsers running on OS X 10.9.1 are vulnerable. ®