I'd rather hire lesser but 'agreeable' bod than arrogant rocket scientist 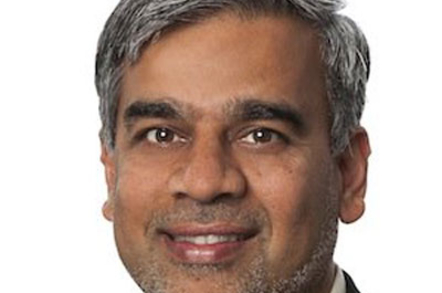 As a part of a CEO series, Willem ter Harmsel interviews CEOs of innovative companies in the fields of storage, virtualisation and networking.

Nimble Storage was founded in 2008, offering a hybrid storage model that works both with magnetic disk and flash storage. They have been very successful and issued an IPO very successfully on 13 December last year.

WtH: You were born in India and studied there, how did you transition into Silicon Valley and the storage field?

Suresh Vasudevan: Yes I was born and brought up in India and studied there, then I joined McKinsey consultancy in India. The work was a lot of fun; most of what I did was strategy consultancy which I loved. I then moved for McKinsey to Chicago and the assignments there were considerably less interesting.

(Laughs) I was into operations and restructuring of steel plants and paper companies and so on, which was a lot less exciting then what went on in Silicon Valley at the time.

WtH: I understand you wanted to make the move to Silicon Valley, how did you select storage specifically?

Suresh Vasudevan: I have to say it was not a sector choice that drove me into storage. I had a friend over in Silicon Valley that had just signed with Netapp. I was down in California on holiday and my friend invited me to come and just meet the management team of Netapp.

So I met up with Dan Warmenhoven who was CEO at the time and Jeff Allen, the CFO.

What struck me was that these people had such great energy. That was the main reason I wanted to join them. They were a small company with a few hundred people that were ready to take on the giants. That is a great spirit to have and it is precisely what I find so appealing at Nimble right now.

WtH: How would you describe company culture at Nimble, what kind of people do you hire?

Suresh Vasudevan: First, we do not hire jerks. If I can choose between an arrogant rocket scientist and an agreeable guy that I love to work with - that isn't quite as talented yet, I choose the latter.

Second, we love to work with employee referrals. It says a lot when our own employees bring another potential colleague to us, because they will have shared the company culture with that new colleague and have estimated they are the right type for us.

WtH: How did you come into contact with Nimble from NetApp?

Suresh Vasudevan: I joined them twice. The first time I joined their board in 2008, while at NetApp. I loved NetApp but was very keenly following the transition to flash, which is a tremendous revolution in our field.

At NetApp there was a lot of focus on flash, however I believed that the existing platform we used was not adequate to deal with the particularities of flash.

That is what drew me into Nimble. Their system was designed from the ground up with flash in mind, and was able to leverage both flash and disk in an optimal way.

WtH: Is the hybrid storage model not an in-between model?

Suresh Vasudevan: That is a good question and I believe that disk, right now, still has a big place. Nimble offers a system that from the ground up has been designed to handle both the speed of flash and the dual use of flash and spinning disk. Our system is able to grow with industry evolution to flash, because we can easily engineer our system to include a lower tier for flash.

Hybrid is often the name given to our solution and it brings along the connotation of "in-between". We see it as being able to work with the best of both worlds. We have both flash and disk in our scope and could easily adjust or diversify into all-flash.

WtH: Right now, what is your largest competitor? Tintri?

Suresh Vasudevan: The companies that our sales encounter most of all are the large giants, EMC, HP, Dell, NetApp. That just goes to show that no matter how enthusiastic you can get about the startup field in Silicon Valley, the vast part of the market is still dominated by the giants. I would say between 85 per cent to 90 per cent of the time.

Of the smaller companies we run into, I would say the most important are Tintri, Tegile and Pure Storage. We have a few arrays that in large clusters actually offer hundreds of thousands of IOPS, that brings us in the range of the all-flash suppliers too.

WtH: How about growth: What areas is Nimble expanding towards?

Suresh Vasudevan: We are diversifying both geographically and in terms of customer base. Geographically, Europe and Asia are really strong up-comers and for Asia we especially selected to work with strong local partners and leverage their network. Japan is new on our list and we have a strong partnership with Toshiba that we are very excited about.

In terms of customer base, the trend we have observed is that we moved from being focused nearly entirely on larger mid-sized companies, toward including two new groups: enterprise customers and service providers. The latter are very interesting, because of the quantity of storage involved.

WtH: What are future steps that you might surprise the world with?

Suresh Vasudevan: Well that is hard to get into without revealing our roadmap, but I can go into two things.

The first has to do with a less understood aspect of what customers love about Nimble, it's the ease of use. It is hard for a new customer to appreciate the value of simplicity, it is not something that translates to a sale directly. However with time, customers learn to really appreciate this aspect.

We have a lot of IP in cloud-based management and monitoring that, combined with ease of use, is a very powerful differentiator in this market and we will continue to build on that. That is an area where you will see surprising things that have less to do with the storage system itself.

The second comment I will make is that many people, who describe our technology as hybrid, don't quite understand the flexibility of the filesystem in being able to span from all-flash to all-disk and anything in between.

That will manifest itself in various products over time that might not be anticipated, and I'll leave it at that.

WtH: Obviously the mix of VCs behind Nimble has proven successful. Given it is a large group, how did you cooperate with them?

Suresh Vasudevan: It is true that we have quite a group of investors. The first ones to join were Accel Partners and Sequoia Capital, Lightspeed Venture Partners joined very soon after that.

I would describe them as a very compatible group.

They ask the right questions and leave room for those that know better. It is a fun group and I have really come to enjoy meeting with them.

WtH: You described how you like the idea to fight Giants, that's what you loved in Netapp and now in Nimble. I can relate to that feeling, but what is the lowest emotion behind that? Is it competition, adventure?

Suresh Vasudevan: That is a great question. The lowest emotion for me is two things, one is to be innovative, the joy of finding a better way that nobody has an answer to. The second is winning. Wanting to win and really enjoy it, that is perhaps not something to be proud of, but I must admit that is a big part of it.

(Smiling) I love the feeling that your competitor can bring all his resources to the table but still you will win because your way is fundamentally better. It's the David versus Goliath syndrome, it's the fact that I have a smart weapon that you cannot beat, even though you are much bigger and stronger. I really enjoy that.

WtH: I will stay up to date with Nimble, stay tuned.

I'll have an E, please, Bob