The future's not set. There's no fate but what we make for ourselves – oh 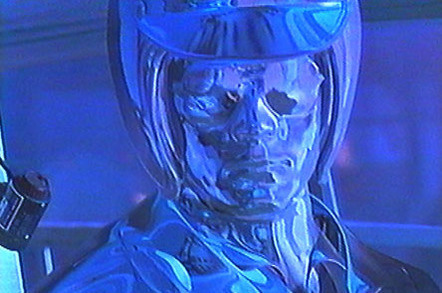 Scientists in China say they have developed a way to manipulate liquid metal substances into self-assembling shapes and forms.

The researchers, working out of Tsinghua University and the Chinese Academy of Sciences, reckon that by applying an electric charge to liquid metal alloys, they could control the behavior of substances and build simple shapes.

Their study found that when presented with an electric current, the alloys took on spherical shapes that could move and rotate. Additionally, the current flow, via copper wire, also caused multiple droplets in a single dish to fuse together into a larger sphere shape – sorta like the terrifying T-1000 assassin reforming in Terminator 2. 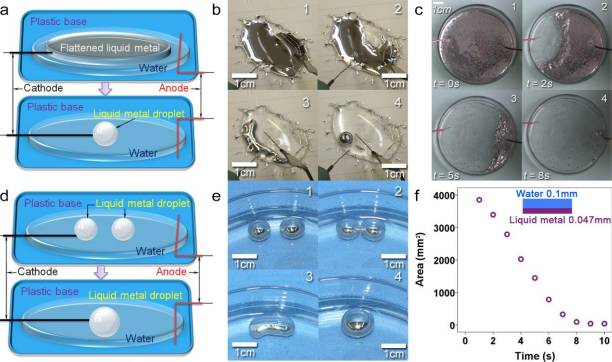 Liquid metal reformed ... Does this remind you of anything?
(Click to enlarge slightly. Credit: Lei Sheng, Jie Zhang, Jing Liu)

"Such liquid metal transformers and locomotors could provide on-demand use given specific designing," the researchers wrote in their paper [PDF]. 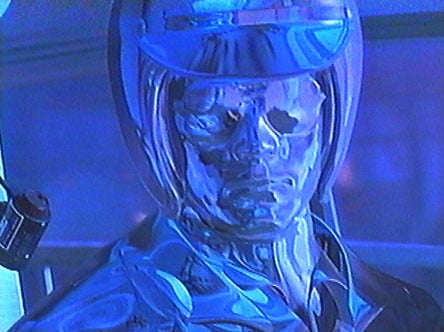 "Importantly, a smart liquid metal machine could be extended to three dimensions when a spatial electrode configuration is adopted."

The team used a 12V supply and non-toxic alloys with room-temperature melting points in water to demonstrate their work; as well as a direct current, the material relies on interactions between the metals and the surface tension of the water.

Scientists believe that the discovery could be the first step in creating more complex liquid metal objects, such as 3D modeling units, electronic components and even liquid "soft" robots. Because the liquid metal alloy material is safe for humans to handle (as opposed to conventional liquid elements, like mercury) and relatively inexpensive to produce and use, the techniques could be adopted for everyday use in science or medicine. ®