Ubuntu chief: We wanted it for our mobes and they took it ALL 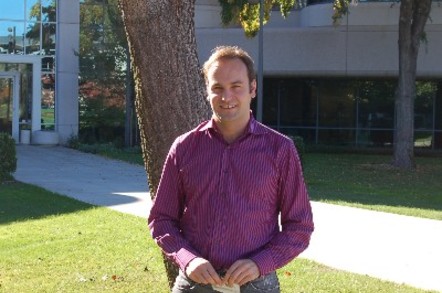 Apple's appetite for sapphire glass is so voracious that it has bought up enough of the display material to keep a lesser company going for three years, it has been claimed.

Mark Shuttleworth, founder of Ubuntu haus Canonical, said that his firm's attempts to buy sapphire glass for its Ubuntu Edge smartphones had been hampered by Cupertino's greed.

It is likely that Apple is planning to use the super-tough, scratch-resistant sapphire glass in the next range of iThings or perhaps a new range of products. The fruity firm and its partner GT Advanced Technologies are building a factory in Mesa, Arizona, packed full of advanced sapphire glass production facilities capable of knocking out between 100 and 200 million iPhone displays a year.

Sidestepping the fact that crowdfunding for the "superphone" had failed dismally, Shuttleworth used an online discussion to moan about Apple's new sapphire fetish.

"Apple just snapped up the entire three-year supply of the same sapphire display we wanted for the Edge," Shuttleworth said.

He also claimed Cupertino drew influence from the abandoned Ubuntu.

"Isn't it interesting that how many of the things we said the future needed to include are showing up on other people's roadmaps?" he asked. "Apple has also started describing their latest-generation mobile CPUs as desktop-class. That's another thing we said we needed to have in the Edge, a desktop-class CPU. And we're starting to see the roadmaps for the devices from Samsung and others that have the same amount of RAM we were proposing to put in the Edge."

Video recording of the Google Hangout where Shuttleworth made his comments.

Complaint: Watch Mark Shuttleworth comment on the lack of sapphire glass for Ubuntu smartphones (starting at 30.40)

Apple uses sapphire glass for the fingerprint scanners and camera on its iPhone 5S. Fanbois are hoping to see the material on a brand new range of shiny happy iThings, including phones, fondleslabs and possibly even the fabled iWatch. ®