Developers may have tended to understate the hugeness of the object 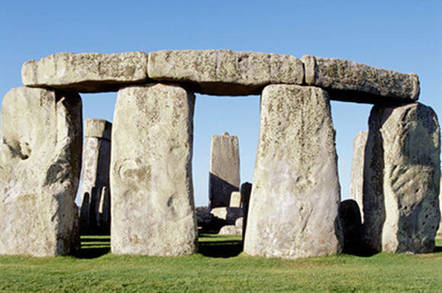 VMware has started to dribble out details of a launch party for its virtual storage area network (SAN), and it looks like the product is going to be rather more capable than was first imagined.

Virtzilla let the world get a glimpse of VSAN for the first time at VMworld 2013, when it revealed it as a “proper” SAN rather than the rather limited Virtual Storage Appliance (VSA). EMC types dismissed VSA (and their own virtual efforts) as little more than a curiosity that did not eat into physical array sales.

Three years later, storage virtualisation is a hot field not least because VMware itself is pushing the idea that the only proper way to operate a data centre is to virtualise and/or abstract everything within its walls.

Even Chuck Hollis, a longtime EMCer and top-tier blogosphere warrior, has moved over to VMware and started singing from that hymn sheet. Hollis also, last week, amplified the message from a session at VMware's partner exchange conference that “The VSAN beta was announced with 3 to 8 node support” but that “the VSAN team had over-delivered, and VSAN would be at least 16 nodes at GA.”

Hollis continued to the effect that “each VSAN node can support up to 35 disk drives (in addition to up to 5 SSD or PCI-e flash devices) … that's a max of 560 spindles in a single VSAN cluster.”

At 560 spindles that gets a VSAN to raw capacity in the petabytes, thanks to multi-terabyte drives.

VMware has also announced a March 6th event billed as a chance to hear “exciting product news” and at which it will “reveal surprises.”

Some of the content will be delivered by VMware CEO Pat Gelsinger and the company's newly-minted CTO Ben Fathi, executives of a calibre not often seen at launches of minor products.

If your correspondent were a betting man, he'd wager six pack of premium beer that VMware will use the event to declare its vision for the software-defined data centre can now be realised, inasmuch as it now offers tools to abstract compute, network and storage. Perhaps Virtzilla will also outline plans to scale VSAN a little beyond the “at least 16 nodes” Hollis mentions. ®