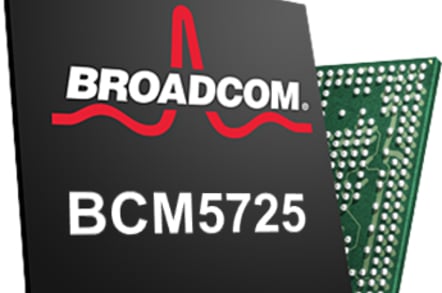 QLogic has signed a deal with Broadcom to buy some Ethernet assets and license its Fibre Channel IP.

The converged network controller maker is spending $147m in cash to buy:

Broadcom will become an ASIC supplier to QLogic in support of the NetXtreme II product line. It is expected also that “QLogic will license certain Broadcom patents under a non-exclusive patent license agreement that will cover QLogic’s Fibre Channel products in exchange for a license fee of $62m.“

Stifel Nicolaus MD Aaron Rakers says the implication of the FC IP licensing deal is that it settles any uncertainty over patent spats between Broadcom and QLogic. Broadcom recently launched a suit against QLogic rival Emulex. He mentions in his report that 170 employees will transfer to QLogic.

QLogic has a new CEO, Prasad Rampalli, who assumed that position and the QLogic presidency on 3 February, taking over from interim CEO Jean Hu who steps back to her CFO position. Rampalli left EMC, where he was SVP of the cross-business engineering function, in December last year, to join QLogic.

Rampalli said: “We are pleased to enter into this partnership with Broadcom. QLogic gains world-class technology, an immediate presence serving enterprise customer Ethernet controller needs and an important long-term partnership to deliver end-to-end solutions. Going forward, this acquisition will form the foundation of our Ethernet controller business and accelerates our time-to-market with leading-edge technology.” 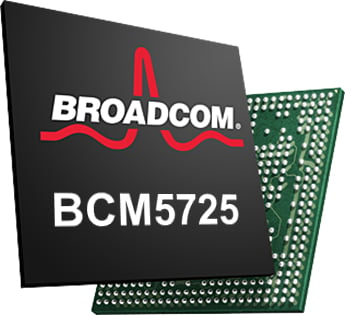 QLogic thinks it could immediately gain about $45m in fiscal 2015 revenue.

As well as its Fibre Channel HBAs, iSCSI adapters and Converged Network Adapters (for FCOE), QLogic has a 3200 series of Ethernet Adapters (NICs) for TCP/IP offload.

QLogic is clearly focussing more on Ethernet for future growth. Rakers said: “We believe access to Broadcom controllers could allow QLogic to become more competitive in the cloud market, vs its historical enterprise focus.”

In a briefing call to analysts, reported by Rakers, Rampalli said that, in addition to planting a stake as a No 2 player in the Ethernet market, this is a platform for the company to offer more services – focused on the company’s positioning for network convergence and the view that services such as dedupe, replication, encryption, acceleration/caching, and other capabilities can be tightly integrated into these offerings.

He added that this move should be considered a strategic decision to redirect the company’s R&D efforts; these new solutions should complement the company’s storage solutions in both FC and FCoE.