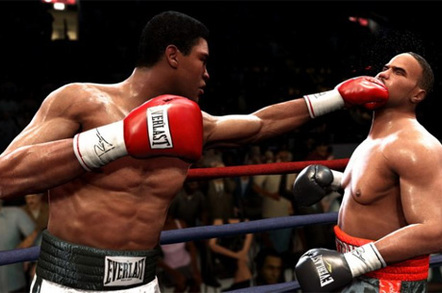 Wireless carrier T-Mobile US would like to see its BlackBerry customers switch over to Apple's camp – and die-hard BlackBerry users are none too happy about it, to say nothing of BlackBerry CEO John Chen.

The brouhaha began last week, when T-Mobile US reportedly sent emails to some of its customers offering them financing on new iPhone 5s handsets with no down payment. The emails described the deal as a "great offer for BlackBerry customers."

That triggered a backlash from BlackBerry loyalists, who took to social networks to deride the offer, with some calling on T-Mobile US CEO John Legere to explain his "anti-BlackBerry" behavior.

In fact, the offending ad wasn't the first slight to BlackBerry fans from T-Mobile US. Last year, one exec said the carrier would no longer maintain stock of BlackBerry handsets in its retail stores, because keeping up supply of low-demand devices was "inefficient."

It's certainly true that BlackBerry devices aren't selling anywhere near as well as iPhones and Android handsets. In 2013, the former smartphone leader's market share dwindled to a miserable 0.6 per cent. But that means little to BlackBerry fanatics, some of whom threatened to leave T-Mobile US over its sales gaffe.

On Sunday, Legere took to Twitter to attempt to mollify T-Mobile US's BlackBerry customers with a series of posts:

BlackBerry users, I'm hearing you loud and clear. Let me work with the team and get back with you.

BlackBerry follow up- We give our customers choices, but you don’t have to give up your #loyalty. We will continue to support

But those 140-character olive branches apparently weren't enough for BlackBerry CEO John Chen. Chen came out swinging on Tuesday, saying that he, too, was "outraged" by T-Mobile US's campaign.

"What puzzles me more is that T-Mobile US did not speak with us before or after they launched this clearly inappropriate and ill-conceived marketing promotion," Chen wrote in a blog post. He added that he hoped BlackBerry and T-Mobile US could find a way to rejuvenate their partnership, which he reminded the carrier was once profitable for both companies.

Chen thanked BlackBerry customers for their continued support and said the Canadian firm would soon announce a promotion of its own, aimed specifically at its customers on T-Mobile US.

Legere, meanwhile, has said that T-Mobile US may continue to send emails offering customers "device choices," even though it would still "support" BlackBerry. ®