It's all a 'confidence trick', storms Foundem 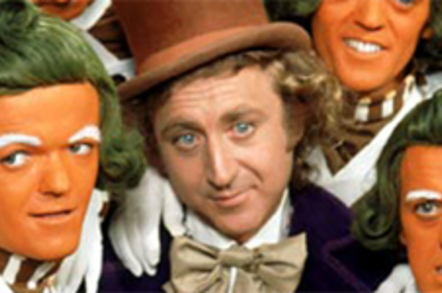 Analysis England football managers, who have dynamite news to expose, sometimes wait until late on a Friday afternoon to release juicy details to the press before speeding away from any supposed scandal in their 4x4s.

Brussels' vice president has already struck a settlement deal with Google based on the company's third round of concessions that it tabled late last month.

The agreement itself stops far short of massive fines and admittance of wrongdoing being imposed on Google under a proposed Article 9 route that Almunia has said will help to quickly restore competition in the fast-moving search market.

But the move has stirred up criticism among high-ranking EC officials, who question the planned soft treatment of a multinational that commands up to 90 per cent of the search market in Europe.

Google, for its part, has insisted that it would make "significant" changes to how its search biz operates in the 28-nation strong bloc, while the original complainant in the case - UK-based price comparison site Foundem - has said that the latest proposals would simply bring about a new form of abuse.

The controversial sticking point is Google's demands that rivals pay for some links to display on its search engine alongside its own competing services, which has been accepted by Almunia, despite repeated protests.

Google’s third set of proposals suffer from exactly the same fundamental flaw as its previous proposals. Remarkably, they do not offer one word directed at ending or curtailing its abusive search-manipulation practices.

Instead, Google proposes to continue these practices entirely unabated. The one so-called concession that Google offers is the addition of rival links. But, because rivals are forced to pay for these links, they are nothing more than a confidence trick.

Under the guise of an attempt to partially dilute the anti-competitive impact of Google’s systematic self-preferencing, Google is actually trying to get away with introducing an entirely new and extraordinarily lucrative form of abuse; one that, due to the economics of over-subscribed auctions, would force Google’s rivals to hand Google the majority of any profit generated from these links.

The Blighty company, which was founded by Shivaun and Adam Raff, claimed that most links - under the proposed settlement deal - would have to be paid for. Foundem argued that Google had "no objective justification" for chasing payments from competitors so as to have a chance of being displayed as alternatives alongside Mountain View's own services.

In its revised offer - which is a hefty 93 pages long [PDF] - Google has proposed a so-called "Rival Links Auction" system specifically to manage the appearance of competitive products on its search engine.

Interestingly, it is doing this separately from the company's AdWords biz.

The settlement deal, if finalised by the EC, will only be legally binding for five years, so Google is effectively putting a mechanism in place that will presumably be active just to cover the period when its commitments will be scrutinised by Brussels' officials. However, the Rival Links Auction will still be expected to comply with the AdWords' "quality principles" criteria.

An independent monitoring trustee will be expected to police the entire process to check that breaches of the commitments offered by Google do not occur. That individual will be hired by the commission but draw their salary from Mountain View.

In a key passage that has been waved through by Almunia, the multinational added:

Without prejudice to the monitoring of Google’s compliance ... of the commitments, the Monitoring Trustee’s functions shall not include the power to review or resolve individual complaints relating to the ranking of websites in Google’s Search Results or the examination of Google’s Web Search algorithms.

In a modern world that relies so heavily on "googling" for stuff, the ad mammoth refuses to have its precious search algorithm tinkered with, which perhaps reveals more about the power of Google then it does the relative strength of any regulator attempting to curtail the company's unswerving dominance of the online market.

Another brick in the wall?

Meanwhile, rivals jockeying for position on Google's search engine will face tough border controls. For example, the company will - under the planned settlement - have a powerful hold over local search.

Under that proposal, competing vertical search outfits would be outright shunned if their service fails to show, say, a restaurant in a local area that is specifically queried by a netizen.

Google said it would warn the commission and monitoring trustee before implementing such measures where it finds particularly poor relevance results within rival links.

It added that Brussels' competition officials could only intervene where the relevance of such a rival's inventory has improved to a "sufficient degree for the relevant queries or classes of queries" for it to then justifiably be resubmitted into the tailored bidding system.

On Friday, Google's top lawman Kent Walker claimed that the company was making big concessions to how it operates in Europe. He highlighted plans to change Google's AdSense terms to make it easier for publishers to place ads on their sites from multiple providers.

He also spoke of "new rules" relating to how Google scrapes website content and then uses it in vertical search services it owns.

Finally, Walker tried to put a positive spin on the planned changes to Google's search user interface by claiming that it offered "significant prominence" and "valuable screen space" to its foes.

Under the proposal, Google said it would publicise the search services of three of its competitors alongside its own results.

But gripes about paid links continue to overshadow the entire planned settlement deal.

Almunia has dismissed these concerns, however. He told The Register recently that claims that a new form of abuse could appear on Google's search pages were unfounded.

"I've heard some voices saying that 'well, Google will not pay and the rivals will pay.' It's not true - it's the same treatment," he said. ®