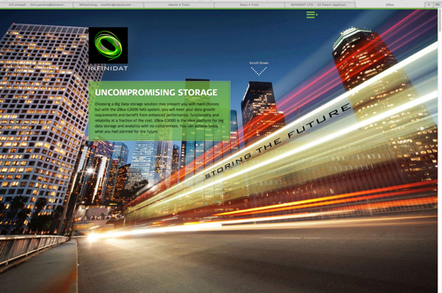 A secretive Israeli startup staffed by ex-XIV people is filing patents like there’s no tomorrow. Infinidat is all about object storage for big data, and has EMC Symmetrix inventor and XIV founder Moshe Yanai on its board.

The company, whose technology has been described as "XIV done right", has an IZBox G300 filer (NAS) it is selling and is based in Herzliya, Israel, with a US office in Needham, Massachusetts. It has an IZBox website and an Infinidat website. The IZBox is a gloriously well-designed long, long page of eye-candy with a link to a G300 datasheet (two-page PDF).

The latter is a one-pager with text about Black Infinity and Green, low-CapEx big data storage. Black Infinity is about “Unmatched intelligent storage capacity at a fraction of the cost of traditional storage” and the amassing of "business data sets so enormous that you thought they wouldn’t be affordable until the distant future".

After hearing that we should pay attention to Infinidat we pointed our patented Register search algorithms deep into the warp and weft of the internet - known to informed digirati as “Googling” - and after trawling though billions of web pages followed Infindat’s digital footprints to find out stuff about its staff and technology. 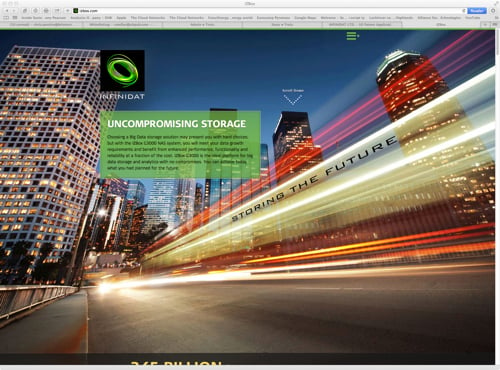 Infinidat was founded in 2009 and employs several hundred people. One of its founders was Dr Alex Winokur, a co-founder of XIV and currently at Axxana, another Moshe Yanai-founded company.

We also found over three dozen patents applied for by Infinidat since August 2011, with storage virtualisation, object storage and low power techniques involved. Here’s a few of them:

This is a NAS box with up to 1.9PB in a single standard rack. It features:

One graphic suggests it has a scale-out design as does some text: “you can scale to hundreds of PB with minimal operational overhead.”

Application areas include life sciences, genomics and cold storage. There is a special focus on genomics: “the IZBOx G3000 is specifically designed for data emitted by genomics sequencers, with innovative compression algorithms that enable research institutions to maintain their data growth while minimising floor space and data centre costs.”

We understand a more capable product is coming later this year. Infinidat may also be exploring a presence in Utah.

The main pitch is that you get radically lower cost, high-capacity unstructured storage with simple operational processes. Infinidat says the IZBox G3000 has an effective cost, with inline compression factored in, that “is genuinely disruptive.”

With the credentials of its founders and the apparent maturity of its initial G3000 product it's probably worth taking the claims of the company seriously and watching what it does in the high-capacity data space. To find out more you could talk to Dutch value-added distributor Sertho which has a relationship, we understand, with Infinidat. ®