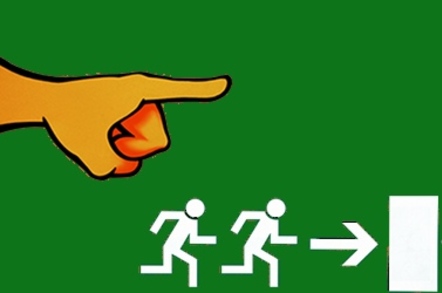 Phoenix IT Group is set to offload its network operations centre in High Wycombe to Misco, TUPEing across staff in the process.

The lease on the building is expected to be assumed by direct marketing reseller Misco, which, under the guidance of former Dell exec Pim Dale, is trying to rely less on tin shifting by building a services-based outfit.

Multiple sources told us about the move and that the small team provided Phoenix IT Group's remote management services for numerous vendors.

"It's a cost cutting exercise. Phoenix is consolidating buildings and plans to transfer some staff so it doesn't have to pay redundancies," said one well-placed insider.

It has been a tough couple of years for Phoenix, what with an embarrassing accounting investigation, ever decreasing financials, a failed restructure and the loss of CEO Dave Courtley some 17 months ago, with no successor yet in place.

Add to this the more recent fall out with Cisco, when Phoenix was stripped of its gold partner badge for flouting the vendor's Ts&Cs and it appears the business is in the middle of a perfect storm.

Some folk in credit circles voiced medium-term concerns about Phoenix, with debts of £78.6m according to a Q3 interim statement issued today and banking covenants to meet amid declining trade. “It is not sustainable," one source told The Channel.

"Phoenix has still got credit in the channel, but insurers have question marks about the medium to long term direction. If credit is withdrawn that would spell trouble," added our source.

The £10m revolving banking facility will be reduced by £2.5m in April and by the same amount again in August.

Executive chairman Peter Bertram is understood to be exploring the various routes forward and had been talking to interested party Daisy Group about a trade sale of the entire business.

But people familiar with the matter told El Chan that the two firms couldn't get near to agreeing a price, with Phoenix understood to be asking for £2 a share. That is quite a premium on the current price of 117.25 pence per share.

Sources suspect Phoenix, which has three divisions including Business Continuity, Mid-Market and Partner Services, will likely be broken up.

Phoenix IT Group refused to comment. Misco and Daisy were unavailable to comment at the time of writing. ®