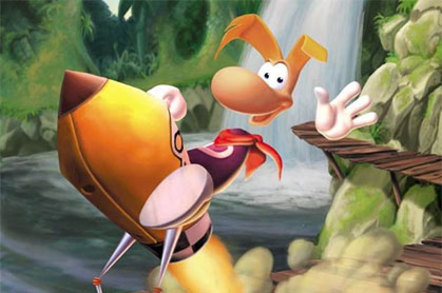 "You've put me in hell," Breivik wrote to officials in November in a letter obtained by Agence France-Presse, "and I won't manage to survive that long. You are killing me."

Breivik currently has access to a PlayStation 2 console, but he has reportedly been less than pleased with the selection of games available.

"Other inmates have access to adult games while I only have the right to play less interesting kids games," the 35-year-old kid-killer wrote. "One example is 'Rayman Revolution', a game aimed at three year olds."

That particular title, known as Rayman 2: Revolution in the US, was a remake of Rayman 2: The Great Escape that debuted with the launch of the PS2 in 2000.

Other than a console upgrade, Breivik has reportedly also asked for better conditions on his daily walk, fewer restrictions on his communication with the outside world, an increase of his weekly monetary stipend, access to a PC instead of a typewriter, and a comfier chair.

Breivik, who described himself in his letter as a "political prisoner," said he would begin refusing food unless his demands were met.

"The hunger strike won't end until the Minister of Justice [Anders] Anundsen and the head of the KDI [the Norwegian Correctional Services] stop treating me worse than an animal," Breivik wrote, adding that prison conditions amounted to "torture."

Breivik is currently serving an indeterminate-length sentence for a 2011 shooting rampage that began when he detonated a car bomb outside government buildings in Oslo, injuring 209 people and killing eight. He then proceeded to a summer camp on the island of Utøya and opened fire on revelers there, injuring another 110 people and killing 69, most of whom were teenagers.

A self-described right-wing extremist, Breivik emailed a rambling, 1,500-page manifesto to online friends prior to the attack. In it, he claimed his actions were necessary to combat the detrimental effects of multiculturalism on Norwegian society and the "Islamization" of Europe, and he described his well-planned murders as a "martyrdom operation" and himself as a "human rights activist."

During his trial, Breivik told the court that he had played marathon sessions of violent video games like Call of Duty: Modern Warfare as "training" for his attacks.

Ordinarily, the maximum prison sentence in Norway is 21 years, and few prisoners actually serve more than 14. In addition, most are granted unsupervised parole on weekends and other privileges after seven years.

Because of the severity of his crimes, however, Breivik has been sentenced to "preventative detention," with no possibility of parole for 10 years. In addition, authorities can extend his sentence for another five years past the original term if they deem him still dangerous to society, and such extensions can potentially go on indefinitely, resulting in a natural life sentence.

Norwegian prison officials are expected to issue an official response to Breivik's demands next week. ®

Brought to you by those who 'understand necessary hashtags'

Might as well just abolish 'innocent until proven guilty'

Radicalisation? UK.gov gets itself in cluster-muddle over 'terrorism'

Analysis What a bunch of babbling Daesh-heads

Gov.UK pulls plug on its YouTube ads amid extremism concerns

Five-eyes nations want comms providers to bust crypto for them