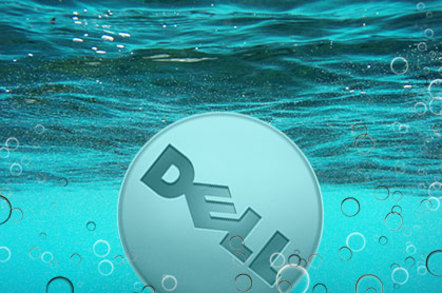 The first wave of Dell folk to volunteer to leap from the privately owned biz with a redundancy parachute, swept over parts of the organisation last week – and by all accounts the numbers exceeded management targets.

Or so say our sources close to the company, some of whom are now former Dell people that were only too happy to sign up for the redundo money.

The Voluntary Separation Programme kicked off last December when Dell opened the door for workers who did not share management's "passion and enthusiasm" for the new era.

The Software Group, people with veep in their title or who work at Dell India or Singapore, were not included in the process, and neither were staff in EMEA who may be eligible at a later date.

According to Dell insiders, 58 folk working at the Nashua facility in New Hampshire - 40 of which worked in EqualLogic engineering exited last week. Similar reports were made about the storage teams in Austin and Minneapolis.

"We heard the goal was for seven per cent to take it and they well exceeded that," said a source, "management is scrambling to figure out the fall-out and they may end up replacing some of the people who left, even in the US".

Folk at Dell tell us that internally there is a feeling among some that the E'Logic line is "dead long term" as the next generation will be largely based on Compellent technology.

"So even those who didn't take the package are looking for other options. The baby Compellent product code named Xiang Jing (initially targeted for APAC sales) will be the test bed," said a person familiar with such matters.

Outside of the VSP, insiders previously told us that Dell's mass redundancy programme could run to 15k heads. Dell disputed this but failed to provide an exact or even ball park number.

Word inside Dell is that people from support, customer services, marketing and sales have started to get the boot, and that the firm management layer is heavy and may be cut from next month.

a Dell spokesperson told us:

Dell has always taken steps to optimize its business, streamline operations and improve its efficiency. As a private company, we will continue to review our operations and make prudent decisions in an effort to remain competitive and to determine where we can add the most value to customers.