Microsoft gets with the times, builds two-factor authentication into Office 365 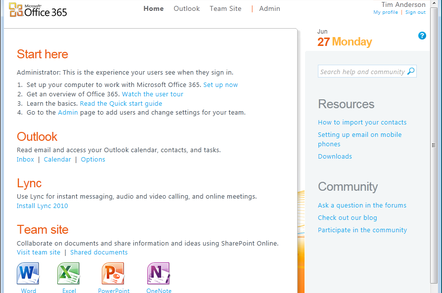 Microsoft is beefing up the security in Office 365 by offering two-factor authentication to all users of its cloud productivity service.

The company said that it would enable two-factor authentication on accounts ranging from Enterprise and Midsize Business plans to academic accounts and standalone single-user subscription plans.

Under the plan, users will be able to link their Office 365 accounts with an additional contact point such as voice call, text message, or an app notification on their mobile device. The acknowledgement is then paired with the successful entry of a password in order to sign a user into the Office 365 service.

"Multi-factor authentication increases the security of user logins for cloud services above and beyond just a password," explained Paul Andrew, technical product manager for Office 365.

"With Multi-Factor Authentication for Office 365, users are required to acknowledge a phone call, text message, or an app notification on their smartphone after correctly entering their password."

Previously, the option to utilize multi-factor authentication had been limited to users who were on administrator accounts.

The enabling of two-factor authentication should be a basic security feature at this point, rather than a premium option or high-profile addition. With tricks ranging from keyloggers and phishing messages to brute-force password guessing, attackers are more than up to stealing account passwords from users. The addition of two-factor authentication, while not perfect, goes a long way toward protecting the vast majority of users from account theft.

Redmond said that it plans to expand on the rollout of additional security protections on the Office platform. The company soon plans to add two-factor authentication mechanisms to desktop applications such as Outlook and Word later in the year and for some enterprise clients, the company is eventually planning to introduce smart-card authentication support, though a possible rollout date for those features has yet to be announced. ®