Flash fettler Fusion-io on VDI: Veni, vidi ... not sure about the last bit

Because we just don't have enough VDI gear on the market 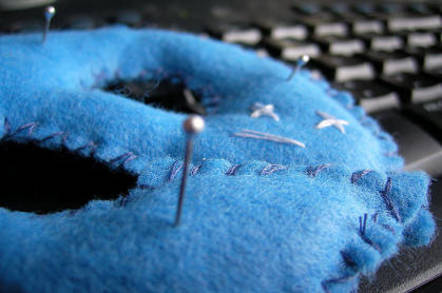 Server flash fettler Fusion-io is the latest supplier to try to crack the make-VDI-popular nut with its ioVDI software, which combines server-side flash with shared storage.

The ioVDI software is typical, in one sense, of many VDI-accelerating products, using server-side flash caching to speed the system's responsiveness. Fusion-io says its product is better than the rest (storage consultancy ESG reckons it comes in at under $125/desktop) and it features:

Fusion-io states that "by limiting shared storage interaction to the small number of writes that persist between login sessions, Write Vectoring preserves the use of VMware value-added features such as vMotion, HA, DRS, and SRM that require shared storage while substantially reducing SAN or NAS performance dependencies."

TFS provides inline, file-level deduplication of all desktop data hosted on a server, according to ESG. 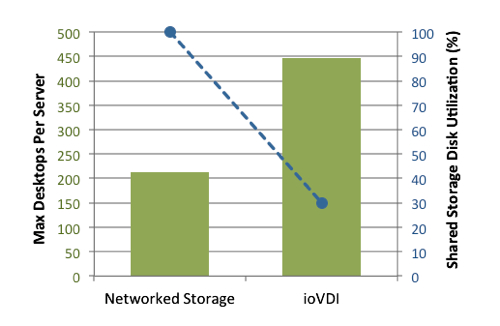 "Fusion ioVDI delivers the persistence, performance, and HA of storage-side solutions with the cost-effectiveness and simple deployment model inherent in server-side solutions," according to ESG. The consultants also think Fusion-io best practice is to pair ioVDI with dedupe-capable primary storage which is also compliant with vStorage API for Array Integration (VAAI).

What about cost? In ESG's words, "using online sources for pricing of the components used in the test bed, ESG lab confirmed that virtual desktop infrastructure could be provided at a cost of less than $125 per desktop."

We understand a VMworld 2013 demo of the technology used a NetApp FAS2200 array with 24 x 400 disk drives configured in a RAID DP set-up. They were exported with NFS over a 1GigE wire. The array's ONTAP software provided deduplication and cloning tools.

Is this better than VDI-accelerating hybrid arrays from Nimble Storage, Tegile and Tintri, the Violin-Atlantis ILIO set up, or GreenBytes' VDI-accelerating software? You'll have to do comparative testing.

A thousand VDI instances run off an entry level FAS array is impressive, even if it was a tradeshow demo system. Now you can try out the real thing and see if Fusion-io's tech voodoo has built a magic carpet for reliable, affordable and fast-performing VDI systems.

The ioVDI software is available now, either stand-alone or as an integrated system combining ioVDI software and ioMemory flash, through Fusion-io channel partners at a manufacturer’s list price of $50 USD per desktop. ®

Updated Zipline, George and Bungle: It's a Rainbow* of open-sourcing at Redmond