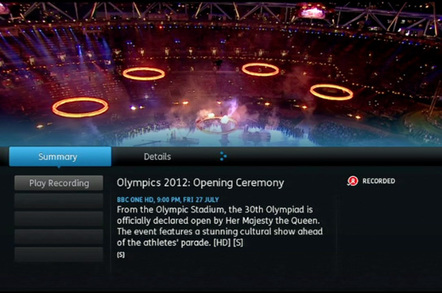 The BBC and ITV look set to cut YouView adrift, backing a new TV distribution platform they've developed called FreeView Connect. This has long been rumoured in the UK industry, and now Digital UK – which is backed by the two channels together with Channel 4 and Arqiva – has confirmed they're looking at it.

According to anonymous mutterings to the Guardian, FreeView Connect will be a catch-up service that aims "to be an industry standard". Alas, the two PSBs haven't got round to explaining it to the industry, just yet – let alone submitting their technology to the TV standard body.

"Freeview and Digital UK are exploring what a connected TV proposition, including catch-up TV, might look like alongside the existing linear TV offer to give viewers extra flexibility in how they watch television," Digital UK said in a canned statement.

So FreeView Connect can be thought of as "FreeView on steroids", with catch-up functionality. Ironically this is how YouView was being described five years ago, when it as still an internal project to put the iPlayer into a set-top box called Project Canvas.

Last week the Graun explained why BBC and ITV have soured on YouView - especially when Auntie had spendt so much money on it. YouView has been good business for BT and TalkTalk, which subsidise the set-top boxes and bundle them with broadband. It has increased the range of options they can offer punters and made those customers less likely to churn.

But of the 1 million YouView set-top boxes installed in the UK, only around 30,000 or 3 per cent, were bought unsubsidised at retail. As one source told the paper: "YouView was meant to be the champion of the next generation of free-to-air, but the involvement of the internet service providers means that it has become a pay platform. YouView isn't the champion of the free; it's the home of the pay."

Officially, the BBC is more circumspect in its comments about YouView. A report for the BBC Trust published last week advised that the Corporation "should carefully review its investments in TV platforms, namely Freeview, Freesat and YouView, in light of BBC-wide platform and distribution strategy and in particular its duty to promote the availability of services free (or at no incremental cost) at the point of delivery."

FreeView Connect is being led by Digital UK, the not-for-profit firm which oversaw the digital switchover as well as the project to clear the 800MHz band for mobile broadband technologies. It is owned by the BBC, ITV, Channel 4 and mast monopoly Arqiva. Somewhat generously, the Graun describes the foursome as an "industry body". So uh … where's the industry?

They haven't been told about it, giving rise to the suspicion that the Freeview Connect team wants to work closely with one or two handpicked TV manufacturers rather than open up the membership to all comers, which is the structure adopted by YouView. That could get interesting.

Last November, Ofcom invited comments on whether the BBC and ITV should be bumped off the spectrum altogether. Not a prospect that the several million homes without broadband will greet with joy, we suspect. ®