Rise of the (tiny) machines: US boffins make nanomotor breakthrough 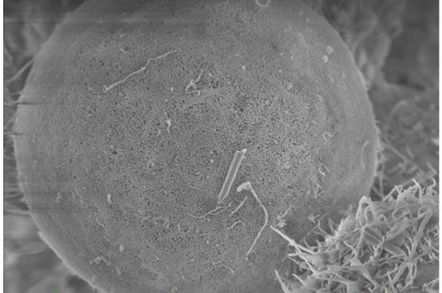 US researchers have controlled nanomotors embedded within cells, a breakthrough that gives scientists a new tool for probing the inner structure of cells, and opens up a new front in research for futuristic cancer treatments.

The result was announced by Penn State researchers in a paper published in the journal Angewandte Chemie International Edition on Monday. The researchers claim that their ultrasonic approach gave the motors advantages over other technologies.

"As these nanomotors move around and bump into structures inside the cells, the live cells show internal mechanical responses that no one has seen before," Penn State professor and coauthor of the paper Tom Mallouk, said in a canned statement.

"We might be able to use nanomotors to treat cancer and other diseases by mechanically manipulating cells from the inside. Nanomotors could perform intracellular surgery and deliver drugs noninvasively to living tissues."

Nanomotors have been studied for many years, but this experiment marks the first time that they have been looked at within living human cells, Mallouk said.

For the experiment, the researchers used acoustically powered gold nanorods as motors, and combined them with HeLa cervical cancer cells by incubating them together for 24 hours in a phosphate buffer saline solution.

The motors were three micrometers long and 300 nanometers in diameter – about 270 times smaller than the thickness of a human hair.

"Cell viability tests indicated that most of the HeLa cells remained alive after uptake of nanowires and ultrasonic agitation," the researchers write in the paper.

Other schemes have tried to develop nanoparticles, magnetic nanowires, and magnetic beads as ways of adding diagnostic or manipulation properties to cells, but these all require power from diffusion or convection, or must be controlled as a group – a drawback for detailed work. 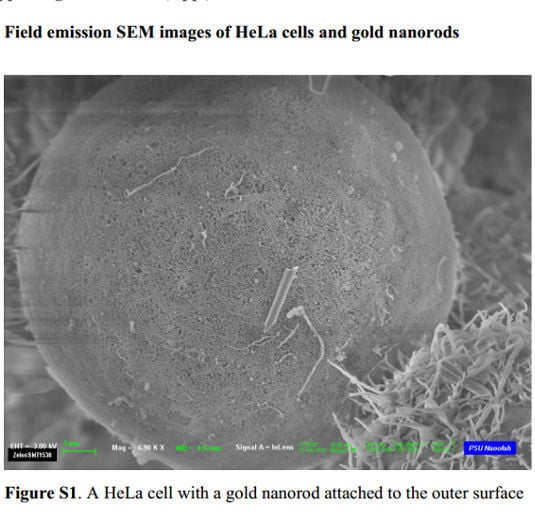 The Penn State approach, by contrast, "may have advantages," the researchers say, "because acoustic motors autonomously convert local acoustic energy into mechanical motion, each motor can move in a different direction and at its own speed."

During the experiment, the researchers noticed that some cells absorbed more rods than others – this could be due to uneven distribution during the mixing period, or differences between HeLa cells – and that acoustic motors moved more slowly inside cells than outside.

"The introduction of synthetic nanomotors into living cells thus opens a new door to studying sub-cellular components and the response of cells to internal mechanical forces. In addition, functionalities such as sensing, molecule delivery, or photothermal excitation can be added to rod-shaped motors, enabling them to carry out different operations directly inside cells that may be interesting for biomedical applications," the researchers wrote. ®