Getting documents all too easy for Snowden

NSA seems to have had rubbish security behind the firewall 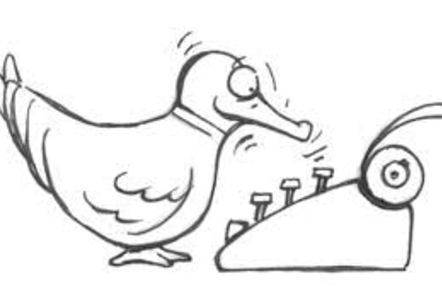 Yet more evidence has emerged that the NSA, which has made much of its apparently god-like power to stroll into anybody's network, read anybody's data, and find any target it wants, is a neophyte when it comes to its own information security.

If a report published in the New York Times is correct, all Edward Snowden did to create his library of thousands of classified documents was run wget in recursive mode, and let it grab whatever documents were visible from his machine.

Incredibly, in spite of network security advice that's existed since the 1990s about using firewalls for internal segmentation (rather than merely as perimeter protection), visibility from Snowden – at the time an employee of an external contractor – was enough that something like “wget -O -r” (he could alternatively used curl) delivered to his machine the vast cache of files now being drip-fed to the media.

Quoting a “senior intelligence official” the NYT says “'We do not believe this was an individual sitting at a machine and downloading this much material in sequence,' the official said. The process, he added, was 'quite automated.'”

Even better: it's already known that then-PFC Bradley Manning had also used wget to collect documents.

Snowden also seems to have demonstrated that the NSA's protection against social engineering is also rudimentary, since he was able to explain his actions on such excuses as his role as a network administrator required him to move lots of data around.

Snowden himself remarked, through his lawyers, that “It’s ironic that officials are giving classified information to journalists in an effort to discredit me for giving classified information to journalists. The difference is that I did so to inform the public about the government’s actions, and they’re doing so to misinform the public about mine.” ®