All the secrets of the Marvel Universe, now in JSON format 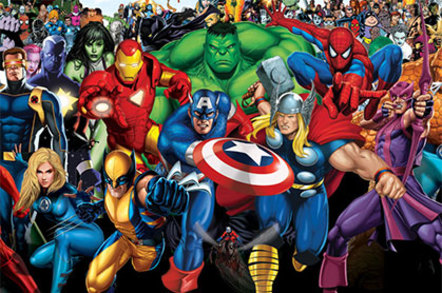 Comic-book giant Marvel Entertainment has built a huge database stuffed with information about its characters, comics, and creative talent throughout its more than 70-year publishing history, and now it wants to see what independent developers can do with it.

The company behind Spider-Man, the X-Men, the Avengers, the Hulk, and more than 8,000 other characters has published a RESTful web API that makes it possible to query its collected data in a variety of ways.

For example, if you use an API call to query Marvel's database for Sub-Mariner, you'll get back the full database entry on that character, formatted as a JSON object. You'll learn that "Prince Namor is the half-human/half-Atlantean ruler of Atlantis," and you'll get a partial dump of stories, series, and events in which he has appeared, up to a set limit.

You'll also get a unique ID for that character that you can use in other queries to filter your results. So if you're only interested in the times when ol' Subby appeared in the pages of the original Fantastic Four series from 1961, for example, further API calls will pin those down.

In addition to data about Marvel's fictional universe, the database also offers information on the real people who created the comics in question. So when you query for stories from Fantastic Four in which Galactus, Eternity, and Uatu the Watcher all appear, you'll find out that one such story was "The Trial of Reed Richards" from Fantastic Four #262, and that its writer was John Byrne. And as a bonus, you'll learn that it was reprinted in a book called Fantastic Four Visionaries: John Byrne Vol. 4. 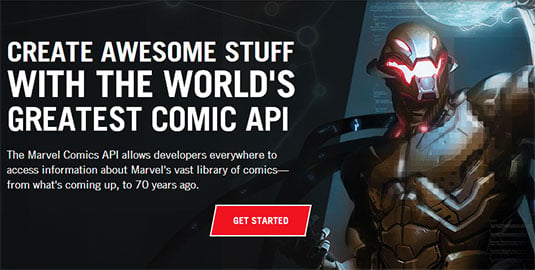 Hopefully, the apps you build with Marvel's API aren't as malevolent as Ultron (pictured)

Armed with this knowledge – and a unique ID for the story in question – you can query further information about the original issue in which the story appeared, and even request images of its cover art.

"Our API program is a cool new way to explore and interact with Marvel Comics," Peter Olson, Marvel's VP of app development, said in a statement. "Unlike lists of books, movies, or news articles, our comics are an inter-connected web (no Spidey pun intended!) of data spanning 75 years. It's the relationships between them that are fascinating. Everything is connected and continues to expand as more comics are released each week."

There's a lot there already. Marvel says it has already published over 30,000 individual comics and 7,000 series, and information on all of it is available in its database.

There are some limits to what you can do with the data, however. For now, at least, Marvel's API can only be used for non-commercial applications. Access is free – although Marvel reserves the right to charge in the future – but each developer can only make 1,000 API calls per day. What's more, anytime Marvel's data appears onscreen it must be accompanied by Marvel's copyright notice and a link back to Marvel's own site. And there are a bunch of other terms and conditions, too, which you can read here.

On the other hand, if you'd rather not get bogged down in boilerplate and just want to get started on your definitive interactive map of the life of Fin Fang Foom, you'll first need to request a developer ID from Marvel. Then you can start playing around with the data via Marvel's interactive API tester, available here. ®

DataStax Accelerate The good, the bad and the weird