The Large Hadron Collider is so eighties, say boffins 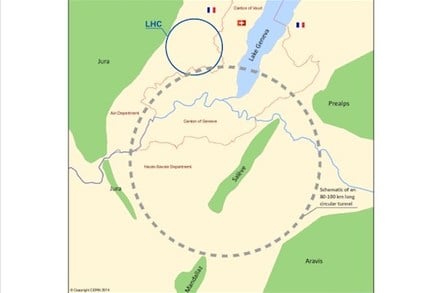 CERN boffins have started to imagine their next generation of atom-smashers, floating “an exploratory study for a future long-term project centred on a new-generation circular collider with a circumference of 80 to 100 kilometres.”

CERN's current toy, the Large Hadron Collider (LHC), boasts a circumference of 27 kilometres and is currently undergoing an upgrade that will let it use energies up to 14 teraelectronvolts (TeV), double the 7 TeV of which it was capable before last year's shutdown for an upgrade.

The exploratory study's premise is that some time in the 2020s CERN would really like to be playing with a 100 TeV collider.

In a canned statement, CERN explains that the LHC was dreamed up in the 1980s and took 25 years to turn into reality. Starting a conversation now is therefore a fine idea, because CERN boffins think that in about 25 years from now we'll need an even bigger collider to test theories based on LHC data. 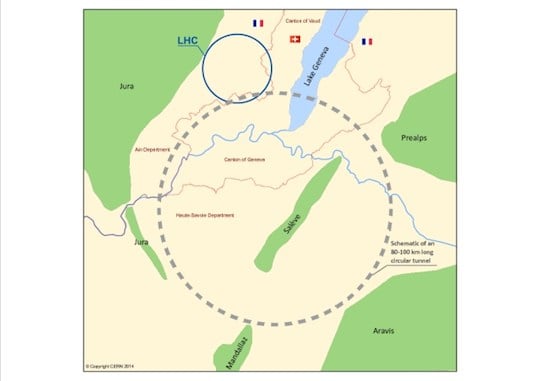 “We need to sow the seeds of tomorrow’s technologies today, so that we are ready to take decisions in a few years’ time,” said Frédérick Bordry CERN’s director for accelerators and technology.

“We still know very little about the Higgs boson, and our search for dark matter and supersymmetry continues. The forthcoming results from the LHC will be crucial in showing us which research paths to follow in the future and what will be the most suitable type of accelerator to answer the new questions that will soon be asked,” added Sergio Bertolucci, CERN's director for research and computing.

CERN's deliberations kick off at a conference on February 12th, as part of a five-year feasibility study. ®