ICO says health service failed to be upfront about its plans 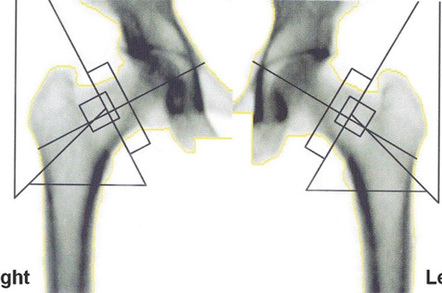 NHS data chief Tim Kelsey admitted today that the health service had failed to adequately inform patients about how they can opt out of having their GP medical records shared throughout England.

A leaflet carelessly posted out in among junk mail to 26.5 million households across the country was not "clear enough on the website or in the information that's been sent out [about] exactly what data is going to go and what is not going to go", the Information Commissioner Office's Dawn Monaghan told BBC Radio 4's Today programme this morning.

Kelsey said in response: "I think that maybe we haven't been clear enough about the opt-out, I agree with that."

One of the problems with the mailshot was that it didn't come with a simple opt out form for patients to fill in and hand to their GP practices to allow them to easily object to their medical records being shared within the NHS.

The "Better information means better care" leaflet only mentioned the opt-out process on the back of the flyer. Before that, it simply spoke about the benefits of GP data being mixed in with other NHS information already held by the government.

Kelsey said today that the NHS was "trying to ask patients to give us their permission to use their data in order to analyse which treatments and services deliver the best outcomes for them".

But - as privacy critics have argued - by failing to be clear about the opt-out process, many patients will be unaware of what will happen with their medical records once shared beyond the walls of their GP surgeries.

"Finally there is a mechanism where people can actually object to the use of their data in this way, but the problem is they have to take it on trust because patients still aren't being told when their data's being used," campaigner Phil Booth of medConfidential told the BBC.

Kelsey said that the so-called care.data plan would make the NHS "more accountable for the service it provides." He also claimed that, in 25 years of processing information on admissions, outpatient appointments and A&E attendances at NHS hospitals in England, there had never been a "single example of that data being compromised".

The new scheme will be managed by the Health and Social Care Information Centre (HSCIC), which will soon begin collecting patient info from GP practices - it will then be linked with hospital data it already stores.

Booth argued that some of the patient data - which will be replaced by the HSCIC with a pseudonym to supposedly scrub an individual's identity from that record - "can be re-identified".

Kelsey insisted this morning that that argument was flawed. "I'm really pleased we're having the debate, but it's not identifiable," the NHS data chief said.

"We have helped demonstrate huge variation in quality of care provided in the NHS and it's had a very galvanising effect on improvement using exactly this kind of data, very securely controlled," Kelsey said in reference to use of hospital records.

Privacy campaigners refuse to be silenced, however, with some arguing that such a database could end up being used, for example, by insurance companies. A claim that the NHS continues to deny. ®