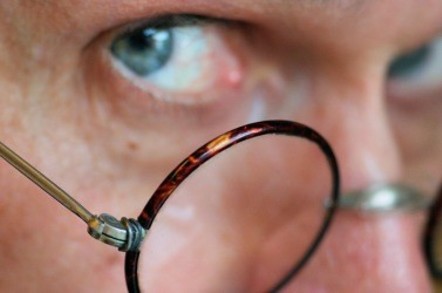 Updated Google has followed Apple's lead and published data on the secret orders it receives to hand over customer's information under the provisions of the US Foreign Intelligence Surveillance Act (FISA).

According to the data, Google got between zero and 999 FISA requests every six months since 2009 for both content and non-content data.

When it comes to the content, Google handed over user data for 9,000-9,999 customers between January and June last year and between 12,000 and 12,999 users in the six months prior. The numbers show the number of user content requests under FISA orders has been steadily increasing since 2009.

Back then, Google was ordered to hand over user content for between 2,000 and 2,999 users, but that this had more than doubled by 2010 and has been trending steadily upwards – apart from the last half of 2013, after Edward Snowden started leaking data, when the rate went down slightly.

"Publishing these numbers is a step in the right direction, and speaks to the principles for reform that we announced with other companies last December," Richard Salgado, legal director of law enforcement at Google, said in a blog post.

"But we still believe more transparency is needed so everyone can better understand how surveillance laws work and decide whether or not they serve the public interest. Specifically, we want to disclose the precise numbers and types of requests we receive, as well as the number of users they affect in a timely way."

In August, Apple, Google, Microsoft, and others in the technology industry sued the government to release the FISA order data. They argued that the secrecy surrounding the requests was stifling any debate on US citizens' privacy rights – although the fact that their business bottom line was also being hurt factored into the decision to sue as well, no doubt.

Last week, the Department of Justice announced a deal to let the firms release such data, albeit in a limited form and with a six-month delay. With more transparency reports due soon from Microsoft, Yahoo!, Twitter, and others, we should get a slightly better idea of the frequency with which user data is up from grabs. ®

Facebook and Yahoo! have now also joined the disclosure party by releasing some data on the orders requests they received from investigators under FISA, although only for the past year.

Facebook said that it received between zero and 999 national security letter requests last year and the same number for non-content access to user accounts. When it comes to grabbing content, however, government agents got data on between 4,000 and 4,999 people in the second half of 2012 and between 5,000 and 5,999 people in the first half of last year.

"We believe that while governments have an important responsibility to keep people safe, it is possible to do so while also being transparent," said Facebook general counsel Colin Stretch.

"We will continue to advocate for reform of government surveillance practices around the world, and for greater transparency about the degree to which governments seek access to data in connection with their efforts to keep people safe."

But Yahoo!'s users are of considerably more interest to the Feds than the other companies', it seems. In the first half of last year, Yahoo! handed over the content of between 30,000 and 30,999 of its customers, while non-content requests and national security letters amounted to between zero and 999 over the same period.

Both Facebook and Yahoo! said that the data would be included in future transparency reports.