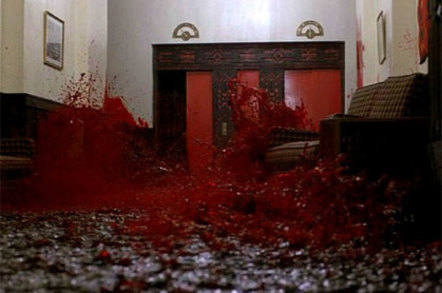 Updated Two sources have told us Dell is starting the expected huge layoff programme this week, claiming numbers will be north of 15,000.*

The company is returning to private ownership to restructure its operations in the wake of a falling PC market, a commoditisation of the server market and a perceived need to better serve enterprises with their ever-increasing mobile and cloud-focused IT requirements.

We heard from people close to the Round Rock Dell HQ area that Dell management has every conference room booked, and every HR person and security staff member is at work. There are cuts in all departments, according to one of our sources, who says some of these have already been downsized and are now being told to cut 15 per cent more heads.

We hear the worldwide layoff number is now greater than 15,000 people.

Our insider commented: "It’s going to be a bloodbath.”

The severance package is two months' pay plus an extra week of pay for each year of service, a bonus at 75 per cent, obligated COBRA health insurance for 18 months in the United States, and outplacement services (in the US at least).

We have separately heard that Dell has started its Stateside layoffs this week. Internal company emails seen by The Reg mention “simplifying client support structure - both basic and up sell,” “client support structure combined - Consumer and Commercial come under one umbrella,” and “Up sell offers will align with Pro Support and will "evolve”. The “evolve” word could mean that further changes are coming.

We hear that layoffs are hitting the engineering divisions inside Dell as well.

We were told on 16 January that: “Dell won’t go into specifics on figures and there won’t be any additional comment outside of the statements already provided.” ®

* The company contacted El Reg a few hours after publication to deny this, stating that "a small percentage" of staffers had accepted redundancy packages.