Is a climate scientist a real scientist? 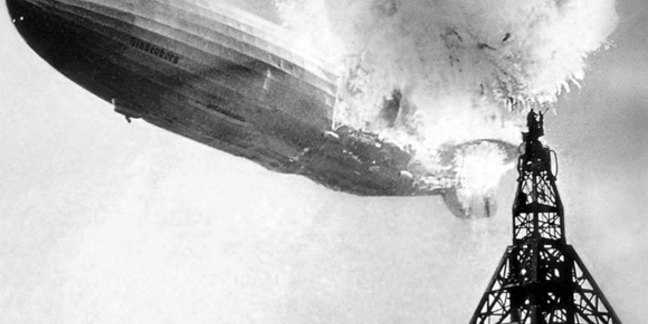 +Sketch MPs begged scientists to tell them what to do at Westminster this week.

"I like the idea science tells us something, and we have to agree," said John Robertson (Lab, Glasgow North West) - surely a candidate for Quote of the Year in any year. As we shall discover, the MPs of Parliament's Energy and Climate Change Committee were clearly pleading to be released from the job of doing politics. Or were they just begging to be saved from themselves?

Robertson was speaking at the select committee's enquiry into the into the IPCC's latest climate report. This saw MPs quizzing the British representatives on the IPCC process - for which you ultimately pick up the bill - as well as leading scientific critics.

If we outline the context, you will begin to see the problem with Robertson's plea.

Even when the science is as "certain" as it can possibly be, a range of policy choices are available. These must be presented to us, and decided democratically.

For example, imagine it was discovered that a large meteorite would strike Earth this year on the 1 September. Scientists could predict the precise moment of impact, and models would make a reasonable prediction of the consequences. In this hypothetical situation, the science is as certain as it can be. But politicians would still need to present us with choices: move to higher ground? Take the rest of the year off? Build underground bunkers for the elite?

Politicians have to be creative and accountable, no matter how "certain" they think the science may be.

In climate change, however, the political class has deferred the choices to the scientists to make - and this means taking the choice away from us. Politicians want a strong, simple story of "certainty". As one British civil servant wrote to a leading climate scientist in 2009:

I can’t overstate the HUGE amount of political interest in the project as a message that the Government can give on climate change to help them tell their story. They want the story to be a very strong one and don’t want to be made to look foolish.

In other words, scientists were being asked to perform a propaganda function, while the politicians retained the luxury of passing the buck. Some scientists eagerly stepped up to the propaganda role - yet the task made other scientists queasy. One climate boffin, Peter Thorne, privately fretted the same year:

“The science is being manipulated to put a political spin on it which for all our sakes might not be too clever in the long run."

Yet another climate scientist another admitted the "evidence" the politicians were demanding simply wasn't up to snuff, writing: "It is inconceivable that policymakers will be willing to make billion-and trillion-dollar decisions for adaptation to the projected regional climate change based on models that do not even describe and simulate the processes that are the building blocks of climate variability.”

That was written five years ago. Today, it's a different picture. The international treaty process collapsed in Copenhagen in 2009, because China, India, the BRICs and African nations need cheap fossil fuels to raise their billions out of agrarian poverty.

After 17 years of plateauing temperatures (the "hiatus") the climate models look as if they may substantially overestimate the impact of atmospheric CO2. The public's interest in climate change has diminished, outside a tiny section of the middle class – the fretters and worrywarts whose livelihoods depend on The Cause. The cost-of-living impact of climate mitigation policies, imposed to subsidise extremely expensive energy from renewables, is already beginning to be felt, and will cost ordinary households thousands of pounds in the next decade - for very small reductions in carbon emissions.

The majority aren't angry climate sceptics. They are "So What?"-ers. "So what if humans cause the climate to change?"; "It isn't it likely to be catastrophic here, we're likely to cope, so what?" and "So what if it gets a degree or two warmer - I prefer a warmer climate."

These are reasonable things to say.

MPs therefore had the perfect opportunity to reassess their junkie-like dependence on their hand-picked IPCC scientists. But they decided to hold onto Nurse for now - for fear of something worse. The establishment scientists, less surprisingly, appeared keen to maintain their influence on the policy being made. The unwritten pact between the scientific elite and the political elite which appoints them will go on for a little longer.

Here's how an enthralling session unfolded.

The session assembled three figures from the British climate establishment and three with a less apocalyptic view of global warming. Batting for the establishment were Professor Myles Allen of Oxford University, Dr Peter Stott of the Met Office and Sir Brian Hoskins of the Grantham Institute for Climate Change at Imperial College London - one of two facilities created by grants from billionaire Malthusian Jeremy Grantham. They were followed by atmospheric physicist Professor Richard Lindzen of MIT, independent scientist Nic Lewis, and Donna Lamframboise, a journalist and critic of the IPCC.

MPs heard how closely the bureaucratic establishment and scientists are yoked. The IPCC is an intergovermental process, with governments having the final say on the report, and politicians and bureaucrats are able to rewrite the final draft of "the science" to their taste. Since it's all very laborious and time consuming (and unpaid work for the scientists) it's governments who hand-pick the scientists and pick up their expenses.

Lindzen, who made key contributions to modern climate theory, was a lead author for the third assessment report in 2001 but later dropped out.

The elephant in the room was "natural variability" - how much the climate changes on its own. Both Lewis and Lindzen attribute a portion of climate change to human factors, but it's a lower number than the establishment science range. Lindzen tried to explain that the temperature hiatus really ought cause some soul-searching amongst the establishment's climate modellers.

"The longer this goes on the harder it will be to support a high climate sensitivity. It wasn't predicted," said Lindzen.

Lewis' own work concludes that CO2 has an impact on the climate - just one that's lower than the scientific establishment's most likely impact. It takes more accurate recent observational estimates of aerosols into account. He told MPs that the IPCC's estimate of greenhouse gas climate sensitivity - the climate system's response to an increase in (mainly) CO2 - is about three times higher than it should be.

"This indicates the models are not to be relied on."

As he explains in his lucid written evidence for the enquiry (written for a layman with a basic grasp of maths) and reminded MPs, Lewis uses a different application of Bayesian maths.

Some use an Expert Prior using older observational data, "and that has dominated their results."

"Their studies are not statistically sound,” he added. “I don't think there is the statistical expertise in Bayesian theory in climate science that there ought to be."

How come the IPCC hadn't based its conclusions on the most recent data, asked Peter Lilley MP (Con, Hitchin & Harpenden).

"By the time they realised the observations and models disagreed - so much of the report is built around model simulations - they couldn't really write conclusions that say the models were wrong," said Lewis.

Lindzen argued that the models failed to model accurately.

MPs asked if it was possible to believe the models if ECS (equilibrium climate sensitivity) was closer to Lewis' estimate than to the IPCC estimates.

"Is it possible to play it down and still be worried by anthropogenic global warming?" asked one MP.

Next page: Models are evidence?
Page:
Tips and corrections
111 Comments