Apple and Samsung STILL in bitchfight over banning ancient mobes 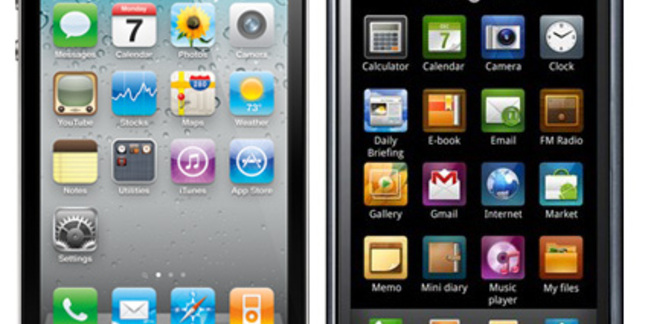 Apple and Samsung were back in court yesterday arguing over the potential ban on Sammy products found infringing on the fruity firm's patents. Samsung claims Apple only wants the ban to strike fear into the hearts of telcos and retailers who sell Samsung products.

District Court Judge Lucy Koh rejected Apple's first attempt to get Sammy's products banned, saying that the company had failed to show it was suffering "irreparable harm" from the items – particularly since none of the 20+ infringing pieces of tech are even on sale in America any more.

The US Court of Appeals ordered Koh to reconsider her decision.

But Apple still wants the court to ban the mobes anyway, because it will help the firm with future cases against the Korean chaebol.

"Samsung's claim that it has discontinued selling the particular models found to infringe or design around Apple's patents in no way diminishes Apple's need for injunctive relief," Apple's court filing states.

"Because Samsung frequently brings new products to market, an injunction is important to providing Apple the relief it needs to combat any future infringement by Samsung through products not more than colorably different from those already found to infringe."

Samsung attorney Kathleen Sullivan told the court yesterday that awarding an injunction to Apple would just give the firm the ability to try for bans on newer products, thereby putting the frighteners on retailers.

"An injunction would create fear and uncertainty for the carriers and retailers with whom Samsung has very important customer relationships," she said, according to Reuters.

Apple legal eagle William Lee said that the jury had found the phones infringed on the fruity firm's intellectual property and that's all there was to it.

"The natural, inexorable result is an injunction," he said.

If Apple wins the ban, it could sidestep lengthy new patent trials by stapling Sammy's newer models to the current rulings. All it would need to do is to prove that the new editions of phones are not "colorably different" from the models that were banned and it could speedily secure fresh injunctions.

The fight rumbles on between the two firms despite the fact that their chiefs have agreed to a mediation session, which is supposed to take place sometime in the next three weeks.

As well as carrying on with this never-ending case, the companies are due in court for a brand new trial in March over patents to do with Apple's Siri assistant. ®