HARD ONES: Three new PC games that are BLOODY DIFFICULT

It's stiff business, dealing with hairy axemen and giant spiders 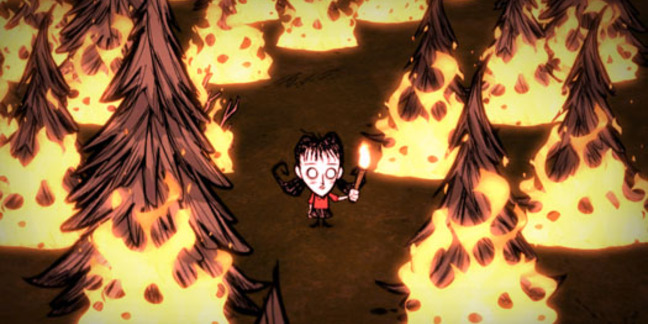 Game Theory Who said modern games are getting easier? Though it’s true that a great many titles pamper us with self-healing armour, paint-by-numbers mission design and handily placed ammo, there are still developers out there who remember the good old days.

That was a time when coming into contact with any pixel of a foe – even a big toe – would have the hardiest of heroes exploding in a fountain of blood. This week’s trio of titles hark back to those times, all proving to be some of the toughest of nuts to crack.

Imagine Harvest Moon set to Doom’s “Nightmare” difficulty setting and you have Don’t Starve. An isometric crafting-survival game for the PS4 and PC that makes Robinson Crusoe’s stint on a desert island seem like a Club 18-30 holiday. 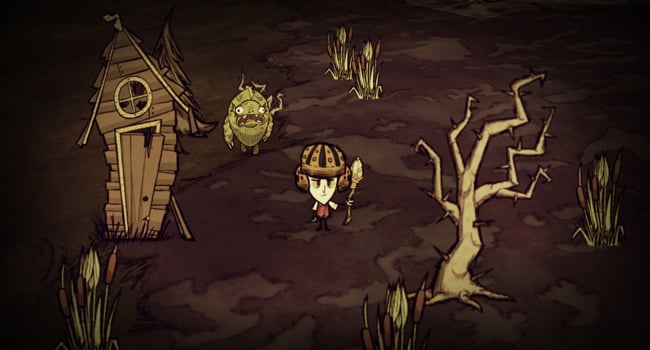 Your average CBBC cartoon is not this deadly

Your initial objective in Don’t Starve is to do precisely that. Foraging for berries and hunting wild animals is your primary concern. Soon, though, you’ll begin to realise that maybe those rabbits might be caught by other means. With a simple box trap, maybe? And having worked that out, why not stash one of your precious carrots under it as bait? Those critters will have no chance.

It’s this process – from need, to plan, to action – that Don’t Starve handles so well. Its developer, Klei Entertainment, has allowed a huge variety of approaches: whether you’d like to befriend the natives, bring down a giant yak for all-you-can-eat steak, or sow your own crops.

Don’t Starve is anything other than easy. Not only can an empty belly kill you, but likewise the local fauna – especially once the sun goes down and you’re left bathed in inky, deadly darkness. 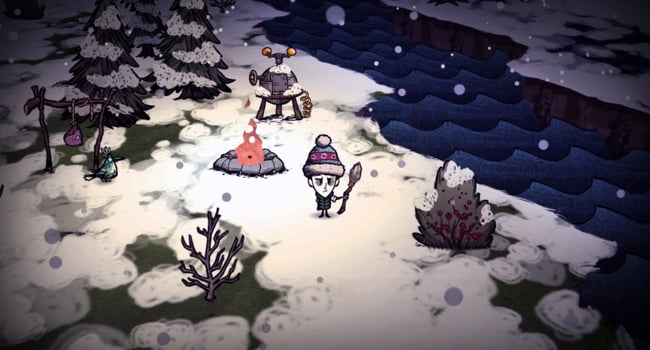 Trapped in a hostile world with only an ethnic-style bobble hat to help you... what will they think when you get back to Hoxton?

So you need to plan for the day/night cycle, to ensure you’ve enough twigs to make torches or, even better, the required number of logs, stones and kindling necessary to build a fire pit. Which then doubles as a barbecue, making that rabbit meat all the more palatable.

It’s a game of chores then, where at first your very existence depends on gaining a small foothold in a hostile land. When having done so though, you can begin to tame it and slowly but surely smooth out the rough edges by way of agriculture, science and weaponry.

But even then Don’t Starve is unforgiving in the extreme. With little in the way of tutorial guidance, and a learning curve that puts the Eiger’s north face to shame, you can expect much wailing and gnashing of teeth, particularly at first, as your character learns the hardest way possible: by dying. 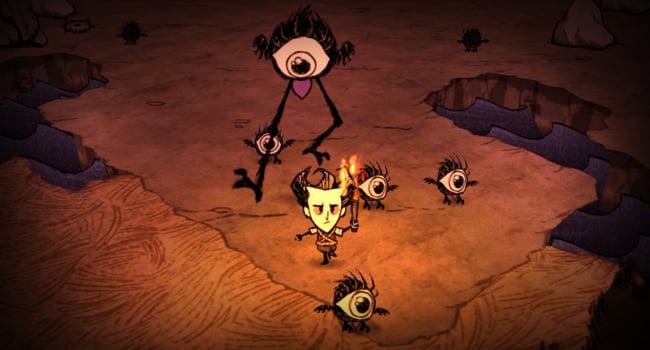 Stick with it, and gradually exploration and ingenuity – notwithstanding the blessing of Providence – will soon reward you with your very own survivalist story. One in which pig-men might act as your loyal servants, where subterranean caves yield riches and where you can beat giant spiders to death with sticks. Not at all bad for 12 quid. Shame about the hipster cartoon graphics, mind...

It’s cold in Stoic’s The Banner Saga, very cold. A cold caused by the freezing of the sun that has plunged the land into an eternal winter twilight. Worse, the very same sorcery seems to have resurrected the Dredge – monstrous automatons who plagued the world in centuries past. 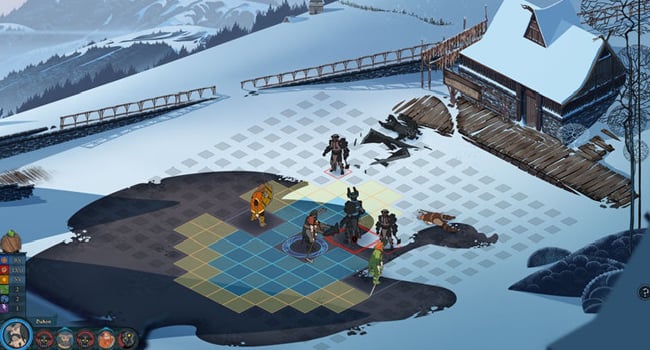 The Banner Saga: no, not the latest Incredible Hulk tale

It all makes for some truly gruelling journeys across snow-covered ground, as your army of Vikings and Varl - horned giants to you and me - schlep from one battleground to the next, eating, cursing and squabbling as they go.

While marching through the tundra you’ll have to decide when to set up camp in order to rest your soldiers - and so keep morale high so they fight better - elect when to go to battle, and decide how to reprimand particularly bothersome warriors.

Your decisions made here, and those you make when coming across other regiments, shape the course of your adventure and the tone of the game’s adaptive storyline. 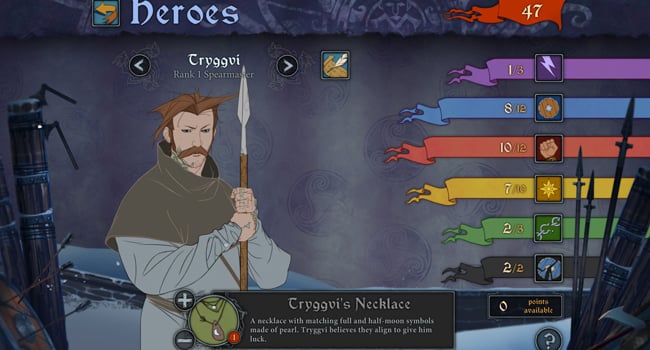 Upgrade! Plus-4 moustache wows chicks with a roll of 7 or more on 2D6

Then there are the battles themselves, which though you might travel with a thousand men at your back to war or a small skirmish, only ever involves a handful of troops - the part you see, at least.