Most of what you print gets tossed so why not use the paper again? 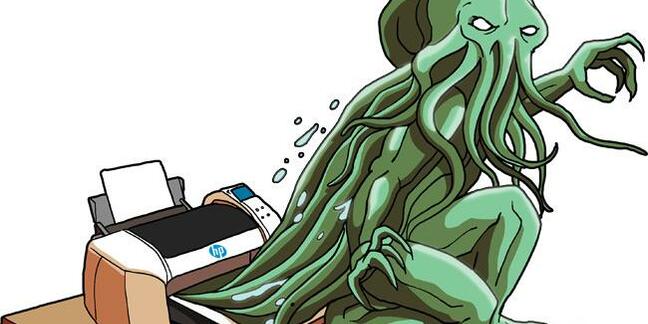 Most of what gets spat out of office printers is read once and consigned to the recycling, so why do prints have to be permanent? One answer to that question is that they don't – and a water-jet printing technology published in Nature Communications suggests a way to make printing vastly cheaper.

The idea is that by treating paper with a water-sensitive dye, the ink in an inkjet printer can be replaced with H2O, with benefits both for the environment and the pocket.

Right now, the technique can only print one hue at a time, depending on the chemical used to treat the paper.

According to the abstract of their paper, the Chinese-American collaborators led by Jilin University chemistry professor Sean Xiao-An Zhang believe “the prints can be erased and rewritten dozens of times with no significant loss in colour quality”.

Using paper treated with oxazolidine, the water jet changes the colour of the chemical to produce a print which fades in about a day, depending on temperature – and the paper can be re-used rather than being disposed of.

According to AFP, “the print fades away within about 22 hours at temperatures below 35˚C (95 Fahrenheit) as the water evaporates”.

While the chemical treatment makes the paper slightly more expensive, use of water instead of ink in the printer makes it much cheaper overall, Zhang claims, and the only change needed to the printer is to replace what's in the cartridge.

Normal four-colour printing isn't yet possible, because the molecules the researchers have come up with only print in blue, magenta, gold and purple, and the paper can only be printed in one colour at a time. The researchers say their next step will be to create a printer that pre-heats paper, so instead of waiting for a print to fade, a printed sheet can be erased and reprinted in the printer.

The Register suspects, however, that printer makers won't be delighted to have punters pouring water into their cartridges. The (in)famous technique of DRM-locking inkjet printers to refuse old or “non-original” cartridges is probably a bigger fly in Zhang's ointment than the toxicity tests he told AFP are now underway. ®