'Are you still a growth company?' 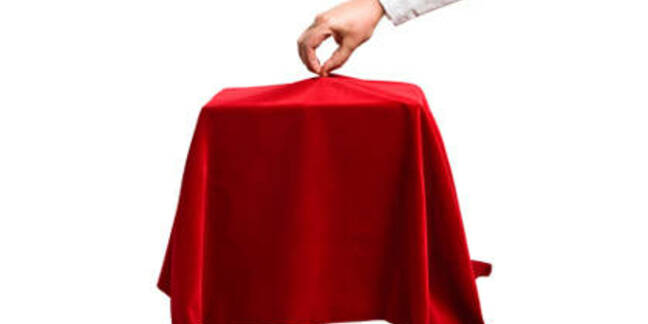 Analysis Apple cranked out its best quarter of iPhone and iPad sales to date, thanks to a strong 2013 holiday shopping period, but its projections for the opening three months of 2014 have investors nervous.

As might be guessed, however, CEO Tim Cook says there's nothing to worry about, and that there are new products coming later this year – including upgrades to today's offerings and products in entirely new categories.

That had better be the case, because the moneymen are getting nervous. Apple's revenue outlook for the quarter ranging from January to March 2014 is between $42bn and $44bn, company CFO Peter Oppenheimer said on Monday. During the same quarter last year, Apple posted revenues of $43.6bn.

Those figures prompted one analyst to express more than a little trepidation, seeing as how if Apple hit the midpoint of its guidance for the current quarter it would mean a drop in revenue, year-on-year. "You haven't done that [pause] forever," he said, directing his comments to Cook. "You came pretty close a couple of quarters ago, but you had some growth – and my question is, 'Are you still a growth company?'"

The answer to that question depends upon exactly what one means by "growth", Cook implied. If you're talking about some segments of the company – iPod sales, for example – Apple is most definitely not a growth company. iPod sales are rapidly tanking, with only a bit over 6 million sold in the just-reported quarter, down from 12.7 million sold during the same period last year.

But the decline in iPod sales should surprise no one, and neither should its drag on Apple's overall growth. What's of more interest is the company's growth in emerging markets – and as you might expect, Cook was more than happy to rattle off those numbers.

"In Latin America we grew at 76 per cent, year-over-year," he said. "In the Middle East and Africa we grew at 65 per cent. In Central and Eastern Europe we grew 115 per cent. In China we grew at 20 percent; however, as you know, we just added China Mobile, the largest carrier there, in this quarter," so sales through that carrier didn't show up in the just-reported numbers.

In North America, however, Apple isn't doing as well. A report released on Monday by Kantar WorldPanel, in fact, showed that for the calendar quarter ending in December, Apple's US market share dipped 5.8 per cent to 43.9 per cent from 2012 to 2013, while Android's share rose 4.4 per cent to 50.6 per cent.

According to Cook, one of the reasons for this contraction was that Apple's projections of their product mix between the iPhone 5s and 5c was simply wrong, and that since they had thought that fewer 5s models would sell when compared to cheaper 5c, they didn't have as many of the flagship units in the pipeline to meet demand.

"It took us some amount of time in order to build the mix that customers were demanding," Cook said. As a result of this miscalculation, he said, it took part of the quarter to get the mix right in North America, and almost all of the quarter to satisfy the iPhone 5s demand in the rest of the world.

Still and all, despite Cook's protestations to the contrary, the smartphone market is maturing in advanced economies. Also, the iPad – although still the market leader at about 78 per cent share in the US, Oppenheimer said – is facing increased competition. Emerging markets surely provide an opportunity for growth, but less-expensive Android phones have consistently done better than Apple's offerings in those markets.

What's needed to ensure continued growth over the longer term is a Next Big Thing™ – the product that will goose Apple's growth rate as did the iPod, iPhone, and iPad in their steep growth-rate heydays.

To that point, when one analyst asked Cook whether new product categories – not just new products – were still on track for release later this year, Cook was succinct in his answer. "Yes. Absolutely. No change," he said.

What remains to be seen, of course, is whether Apple's slugging streak will continue with a fourth tape-measure tater in a row. If, however, Cook & Co. merely stroke a frozen-rope two-bagger down the line, even if they hit it on the screws, Wall Street will be merciless.

And yes, this US-based Reg hack would love to read the footballer's equivalent of those stateside National-Pastime clichés in Comments. ®