Fancy a little kinky sex? GCHQ+NSA will know - thanks to Angry Birds 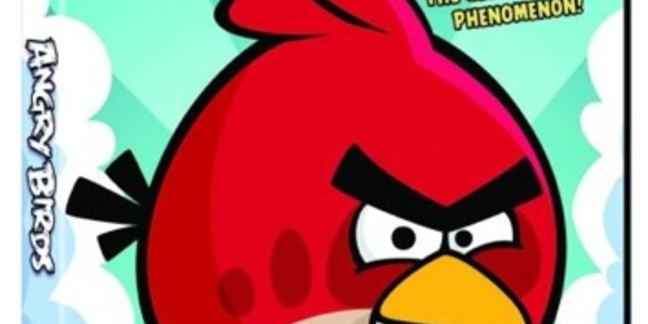 Some of the world's most popular smartphone applications are telling British and American intelligence agencies everything about you – from your location to your politics or whether you're part of the swinging set.

The dossier, published today by ProPublica and The New York Times, show the NSA and its Brit counterpart GCHQ were working together on exploiting smartphones in 2007, the same year as the first iPhone launched. The NSA nearly quadrupled its budgets for such monitoring from $204m to $767m that year.

A top-secret report compiled by the NSA shortly after that time boasted the agency had collected so much information from phones running Google's mapping applications that "you'll be able to clone Google's database." In 2008 British intelligence reported "anyone using Google Maps on a smartphone is working in support of a GCHQ system."

Poorly secured mobile apps have proved to be a "golden nugget," according to a May 2010 NSA presentation: harvesting sensitive data sent over public networks by applications is not a problem, but it was a little trickier to tag the intercepted information in the agency's XKeyscore database so that analysts could easily pull up a person's records. In the same year a British analyst described the development of smartphone slurping as a "mobile surge," comparing it to the surge of US and allied troops into Iraq and Afghanistan.

A 2012 British intelligence document states that the immensely popular Angry Birds game from Finnish developer Rovio had become a useful source thanks to advertising code added by US firm Millennial Media.

Millennial's tracking software generates a personal record for each user that can store information from their political affiliation and sexual orientation to whether their marital state was single, married, divorced, engaged or "swinger." This information is used to target in-app ads more effectively, and can be collected by UK and US intelligence agencies for analysis, we're told.

The documents don't suggest that NSA and GCHQ staffers are directly hacking mobile applications. Instead it's made clear the snoopers are simply skimming and decoding sensitive data the apps collect and transmit back to their developers. One report noted that anyone updating Android on a device will leak about 500 slurpable records describing how the gadget was used by its owner.

“NSA does not profile everyday Americans as it carries out its foreign intelligence mission,” the agency said in a statement. “Because some data of US persons may at times be incidentally collected in NSA's lawful foreign intelligence mission, privacy protections for US persons exist across the entire process,” with similar protections for “innocent foreign citizens.”

GCHQ declined to comment on the allegations, but said its activities were compliant with today's UK law. Google and Millennial Media haven’t commented as yet.

The British tapped into internet data cables running though the UK and scooped out Facebook, Twitter, YouTube, and Blogger visits to see what's trending online and where hotspots of interest spring up around the world in various topics.

The Human Science Operations Cell also compiled data on what a particular browser choice told them about a user's behavior. Internet Explorer users scored lowest in being open to new experiences but highest in "agreeableness" and "conscientiousness," while Firefox users are the most neurotic, apparently.

But Snowden, who gave his first TV interview for German network ARD on Sunday, claims that the NSA wasn't above hacking business systems if it felt the information would further US interests. He said that the German manufacturer Siemens was a particular favorite among spies in this regard, and that non-key German government targets may also have been infiltrated.

"What I can say is that we know that [German Chancellor] Angela Merkel was monitored by the NSA. But the question is how logical is it that she's the only one who was monitored, how likely is it that she was the German person the NSA was watching?" he said, Reuters reports.

Snowden said he no longer had any NSA documents himself, having passed them all on to journalists around the world. Despite death threats from certain excitable US intelligence operatives, Snowden said he was unconcerned for his safety.

"I'm still alive and don't lose sleep for what I did because it was the right thing to do," he added. ®