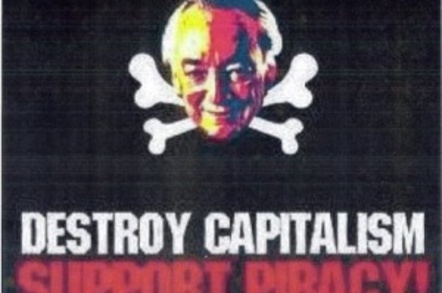 The US Department of Justice has taken a break from handing Amazon an ebook monopoly and instead indicted four operators of Android warez sites.

The four charged with criminal copyright infringement operated the sites Snappzmarket and Appbucket, whose domains were seized by the FBI in August 2012.

Authorities allege that the accused cracked copy protection on Android apps and included pre-cracked warez to their catalogues, distributing over a million copies to tightwads.

Even rock-bottom prices for legitimate copies of apps don't deter some, it seems. One Android game developer found his well-reviewed multiplayer duelling game Gentlemen! was widely pirated in Russia and China, and consequently some 50,000 Android downloads yielded only 114 paying customers in its first six weeks.

By contrast the iOS market is better protected, and the developer sold 1,114 into the smaller iPad marketplace in the same time frame. The game currently retails for ‎$4.67 (US) and £2.99 (UK) - less than a large Starbucks Latte.

More from the DoJ here. ®