And together, Apple and Samsung are nearly a quarter of the market 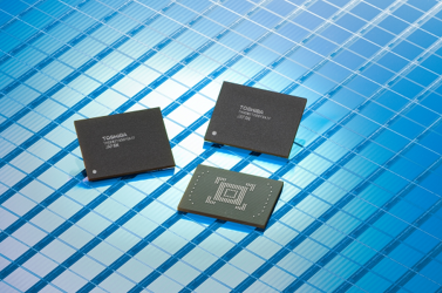 In case you were wondering whether the PC industry is still in a slump, the numbers are in on semiconductor purchasing in 2013 – and once again, the biggest spenders weren't PC vendors.

According to the latest figures from market research firm IHS iSuppli, Apple and Samsung again topped the list of the biggest semiconductor consumers, as they have done for the last three years running. And they did so by a wide margin.

Together, Apple and Samsung bought $52.5bn worth of semiconductors in 2013, a sum that represented 22 per cent of the "served available market" – a metric that excludes purchases companies make from their own internal divisions.

To put that into perspective, the rest of the top ten spenders combined bought $54.8bn worth of chips.

Leaving aside these bitter rivals, the next companies on the list of top chip buyers are the usual suspects: HP, Lenovo, and Dell, in that order. But these PC makers aren't spending nearly as much on semiconductors as the two mobile device giants.

HP, the biggest spender of the three, bought around $10.1bn worth of semiconductors in 2013 – merely a third of what Apple bought. What's more, HP's spending actually decreased by 6.5 per cent since 2012.

Lenovo increased its semiconductor spending by 15.8 per cent in 2013 and Dell held to its 2012 level, but neither of them even hit the $10bn mark.

In other words, when you add up what the three largest PC vendors spent on semiconductors in the year, it comes to $27bn – 11 per cent less than what Apple alone spent, and just over half the total spending of Apple and Samsung combined.

That makes sense when you consider that of the seven market segments that IHS iSuppli tracks, the wireless segment accounted for 31 per cent of all semiconductor spending – and within that sector, handsets were "far and away the top category for OEM chip spending."

But even if the smartphone wave that Samsung is currently riding starts to peter out, the Korean firm has an ace up its sleeve. According to preliminary data from another IHS iSuppli study, in addition to being one of the largest customers in the semiconductor industry in 2013, Samsung was also one of its largest sellers.

Samsung is estimated to have accounted for $33.5bn worth of semiconductor industry revenue in 2013, a seven per cent gain from 2012 and a hefty 10.5 per cent share of the total market. Only Intel was larger, with a 14.8 per cent market share worth $46.9bn. And Samsung's next largest competitor in the sector, Qualcomm, took in $17.3bn, just slightly more than half of what Samsung did.

It seems Samsung has realized that even when you're a market leader, in an industry as fiercely competitive as electronics, it's best to hedge your bets. ®