IBM and SAP: Looks like we're STUCK forever on the cloud highway

This ain't no upwardly mobile freeway... Oh no, this is the road to Hell Amazon 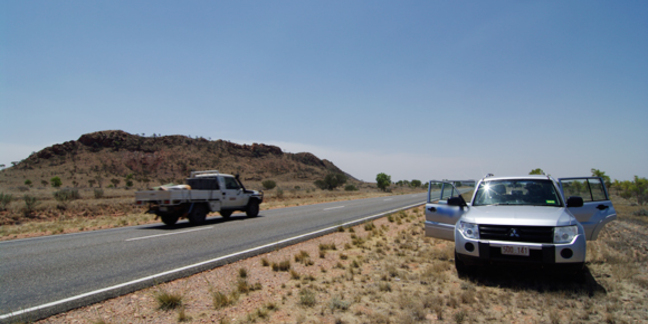 Earnings from SAP and IBM – two giants in enterprise IT - proved that both companies are struggling to cope with the move to the cloud and show that success in hosted computing is receding for them.

And unfortunately for SAP, it’s the latter and support for the latter that comprises the lion’s share of SAP’s overall income.

Cloud makes just hundreds of millions of dollars for SAP compared to the billions it nets on the other stuff.

Clouds in the Big Blue skies...

But at least SAP is growing, unlike IBM. Big Blue took a mauling this week – total revenue was pulled down by plunging sales of the hard stuff.

IBM does have its mighty software cushion to fall back on - that grew 2.8 per cent for the quarter, lead by WebSphere middleware.

IBM has a toe in the cloud waters, with its Smart Cloud, but it’s not swimming where it needs to be in the really growth-rich waters of hosting. That’s where you get the boffo-profit-generating app and data offerings.

The longer customers stay and the more data they create in the cloud, the more money and, crucially, the more stable the revenue stream becomes over a long period of time.

IBM said it had earned $4.4bn on cloud “solutions” for the whole year – public, private, hybrid and SaaS – growing 64 per cent year on year.

That’s more than SAP, but – alas for IBM – the vast majority of that was selling servers and software, mobile solutions. Just $1.7bn came from delivering services.

In other words, IBM is exactly where Oracle was a few years back when it thought it could get rich selling pick-axes and shovels to prospectors rather than go panning for gold itself. Oracle re-calibrated that strategy, by rolling out its own Java and database clouds.

IBM is now trying to change the revenue mix ratio with plans for more of its own hosting. It will spend $1.2bn on 40 data centres in addition to turning its Watson supercomputer/machine-learning experiment into an online platform for apps.

But this alone won't help IBM and it's chief problem is it needs to figure out what it will give potential customers beyond purely hosted server infrastructure.

That’s what Amazon does, and Amazon made things harder for IBM and everybody else in the cloud this week by announcing its 40th price cut on its AWS since the service went live.

If IBM hoped to make money from purely hosting, it’s on a loser.

SAP: Give us another 2 years to hit those targets, mm?

SAP is also having to rethink things, but it has different challenges.

SAP has just pushed back its cloud and company-wide growth targets by two years, to 2017.

SAP CEO Bill McDermott tried to portray this push back as an accounting issue - the way cloud revenue is recognised - in a three-year cycle. Translated: cloud business signed up in 2013 and 2014 won’t hit the balance sheet until 2014. Big growth in 2013 and 2014 will mean big recurring revenue in the form of stable subscriptions by 2017.

Ironically, what’s likely to have pushed back the growth forecast is the continuing slowdown in SAP’s core business sales or ERP and CRM.

As this is the majority of SAP’s business, it stands to reason that continued slowness here will hit SAP’s overall growth targets, and is likely why SAP is now encouraging the outside world to look to 2017 rather than 2015 as it’s further away.

That said, cloud is hard – signing up and keeping customers in the enterprise is difficult, as Oracle and Salesforce have learned - which is likely why they hired scads of sales people to sell their clouds. It’s especially hard for a company versed in selling traditional on-premises software.

SAP has had a fillip of new cloud money with the purchases of SuccessFactors and Ariba. It has also partnered with the Devil – hosting its apps on Amazon.

Cloud money by 2017 will come from the extension of SAP’s ERP and CRM, from the already online businesses of SuccessFactors and Ariba, and through SAP partners like Accenture, which builds apps on the HANA Cloud Platform and pulls in revenues in the form of subscriptions, support and professional services. HANA, SAP’s in-memory data architecture, is SAP’s big hope: so that it can “become the cloud business powered by HANA”.

“We will run entire businesses in the cloud powered by HANA,” McDermott said.

That’s a long way off – longer, I’d argue, than 2017. SAP has 253,500 customers with 750 on HANA and the majority using HANA on-premises - and not in the cloud. SAP's challenge is to flip existing users into cloud customers.

Still, SAP has given up on the notion of building its own data centres: it's riding on Amazon instead. SAP's job is pure growth.

IBM, meanwhile, is following a much harder path of building infrastructure, swallowing the costs and then growing - against Amazon. ®