Samsung profits deflate after mobile division runs out of puff 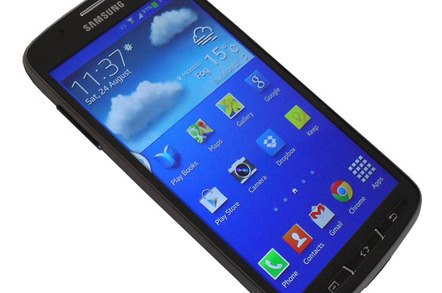 Global smartphone leader Samsung took a knock on Friday after releasing Q4 financials that show a drop in profits of 11 per cent from the previous three months – its first quarterly decline in two years.

Particularly disappointing was Samsung’s cash cow mobile division which recorded operating profit of 5.47tr won (£3.7bn), down 18 per cent from the previous quarter.

In its defence, the chaebol said that a strong won had wiped 700bn won from its earnings while a special 800bn won bonus to staff also ate into profits. The firm also blamed “seasonally higher marketing expenditure”.

It’s certainly going to need to pull out all the stops to keep arch rival Apple at bay at the high end and fend off competition from a slew of Chinese vendors which are making things especially crowded at the low-end of the smartphone market.

Lenovo, Huawei, Coolpad and others all look strong in their domestic market – the world’s largest – with Yulong Coolpad for one claiming it will ship 60 million handsets there this year. Huawei, meanwhile, is eyeing up 80 million worldwide mobile sales in 2014.

Samsung has already promised a new version of its poorly received Gear smartwatch and is readying the launch of a flagship S5 in the next few months, which it will be hoping wrests some of the initiative back from Apple.

Other initiatives which could help it win more hearts, minds and wallets in 2014 include rumours of a new Galaxy device with a wraparound three-sided display, which reports claimed could land this year.

One bright spot in today's unusually muted financials was the performance of Samsung’s chip division, where operating profit jumped from 1.42tr won (£963m) to 1.99tr won (£1.3bn) over the year. ®