UK.gov: NO MORE tech deals bigger than £100m. Unless we feel like it 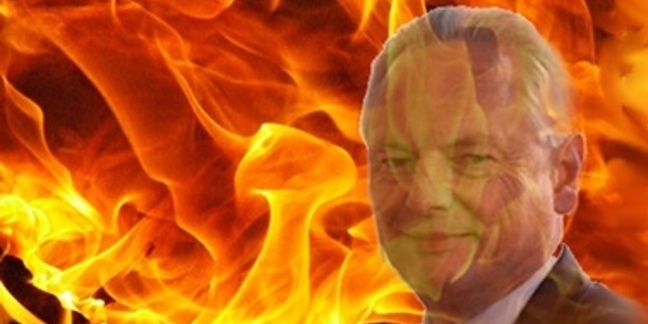 Tech titans that grew fat off the public sector purse should take note that IT contracts worth £100m and over are to become a thing of yesteryear - according to the government.

This is one of a number of "red lines" that the Cabinet Office published today, in new regulations that are designed to loosen the grip that hefty integrators have on government largesse.

The fresh set of rules comes in the wake of numerous failed IT mega-projects, with ongoing investigations into work provided by Serco, Atos and Capita, to name just a few.

The Cabinet Office had already initiated a rule that any spending plan over £10m had to go to the Treasury to receive special dispensation, but a spokesman told us it will now cap deals at £100m across government.

"No IT contract will be allowed over £100m in value - unless there is an exceptional reason to do so. Smaller contracts mean competition from the widest possible range of suppliers," the Cabinet Office stated.

In another significant development, firms that hold a contract for service provision will no longer be allowed to provide system integration work in the same government department.

Extensions to contract will no longer be automatic - which should cause HP's services division to sit up and listen as it has numerous agreements due to renew in the not-too-distant future.

"Big IT and big failure have stalked government for too long; that is why this government is radically rethinking the way it does business," said Francis Maude, Minister for the Cabinet Office.

He talked up the role that SMEs have to play, with small biz forecast to account for around 25 per cent of central government spending in 2015.

The OFT is currently working across the public sector tech supplier landscape, central and local government and other public sector bodies to ascertain any procurement improvements that need to be made. ®