A BBC-by-subscription 'would be richer', MPs told

Show us the models, then 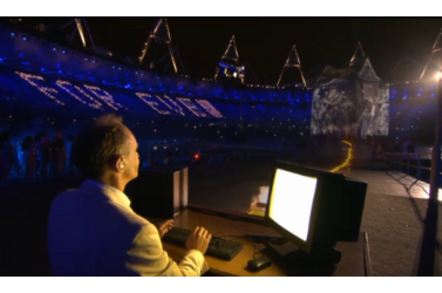 Analysis Could the BBC be better off if it raised money through subscriptions? Last week Westminster heard that the BBC had modelled precisely this scenario and found that it would be richer than it is today. It just didn't want to tell you.

And in a strange alignment of interests, the BBC's pay-for rivals don't want you to know either - they'd rather not have their prices compared to a by-subscription BBC.

David Elstein, a strong proponent of the subscriptions, told MPs on the Culture, Media and Sport Committee in Parliament that between 10 to 20 per cent of licence fee payers would not subscribe - but most people would, and many would pay more.

The former Sky exec was making an argument the BBC's commercial rivals don't want to hear. His confidence was based upon the price comparison people would make once BBC product was priced in a competitive market. At around £11 a month, BBC output is much cheaper and often superior quality than the competition - with the average household paying £30 for Sky or Virgin TV subscription TV services. The BBC could also compete in premium sports, so the cost of bidding for expensive sports rights like the Premier League or Formula 1 racing would be borne by people who actually want to watch it.

If people were required to opt out from the BBC, to remove the BBC from their broadcast bundle, they'd reckon it just wasn't worth it, Elstein argued:

"The average length of time people spend with BBC TV is about 10 hours a week watching TV. To give up that 10 hours a week for the sake of £11 a month doesn't seem to me a powerful likelihood."

This was the first debate in years to grapple with valuing the BBC's output in years, and the first in an era where TV technology and markets have changed radically. It's an era where pay-for OTT services are commonplace, forcing even Sky to unbundle its programmes from its transmission systems. And set-top boxes that enable condition access are now commonplace. So instead of dragging non-payers through the courts, the BBC could simply turn them off.

It's against this new landscape that the BBC's Charter is once again up for renewal. This has prompted the DCMS (the Select Committee that analyses the Ministry of Fun's work) have a look at the Future of the BBC.

Last week it invited three luvvies - Elstein, Clare Enders and Steve Hewlett - to take part in what turned out to be a marathon but engaging session. Elstein is a former Sky TV executive while Enders consults for the BBC (and helped derail News Corp's bid for control of BSkyB), and Hewlett is employed by the BBC. Although he did say the BBC pays presenters "bugger all".

Elstein said modelling work on a part-free, part-subscription BBC had been done by London Business School, Ofcom and the BBC itself - and all come up with the same answer - subscriptions made the BBC better off.

Yet the political will was lacking. The BBC won't dare raise the subject in public - and Ministers have become almost as dependent on the guaranteed firehose of cash as the BBC itself, Elstein claimed.

Currently the BBC prosecutes around almost 200,000 non-payers a year in England and Wales (2012: 193,049), an amazing one in 10 of all court cases. All this would be completely unnecessary if the Beeb could enforce conditional access via technological means: a set-top box or TV card. Two-thirds of homes already have a satellite or cable box through which they could pay the BBC sub.

Various alternatives were discussed, including a Scandinavian model where public service TV is paid for via personal income tax rather than a "poll tax" flat fee - a fairer arrangement, since the richer pay more. And more efficient, since income tax is harder to avoid and much cheaper to collect.

With conditional access, the BBC could raise revenue on a per-set basis, with some TVs able to access just the basic services like news and radio, and others premium services such as first-run movies and sport. You can begin to see why BSkyB doesn't like the idea: a sub-funded BBC would provide competition for its crown jewels, and could offer them at a lower price.

The BBC has already crossed the bridge - and is toying with charging for back catalogue delivered over iPlayer.

However, Hewlett warned of "perverse incentives" for the BBC if subscriptions were introduced - it would seek to maximise revenue rather than maintain quality. Enders, whose arguments were largely emotive, warned that the BBC “would have to ditch PSB” obligations such as the Gaelic service. Elstein quickly rebutted that any politicians could make quotas mandatory in any move to subscriptions - such as guaranteeing certain output like news is free, or 20 per cent is ring-fenced for radio. Regulations are not inextricably tied to the revenue model.

"My personal view is, every single senior member of the BBC management, every member of the BBC Trust, should go to their local Magistrates Court on a Monday morning until they have seen the convictions of enough evaders of the licence fee — people too poor or disorganised to pay it, and they are usually repeat offenders — until their salary has been paid by those people," said Elstein. "It might take several Mondays for some executives; it might take a year of Mondays for the Chief Executive, but I do think you need to know where your money is coming from".

Does the claim add up?

Quite possibly. Take the phrase "Radio 4 is worth the licence fee alone" - something of a cliché in discussions about BBC revenue. This is actually a pricing signal: it tells us that some parts of the BBC's output are worth more than others, and some can be very valuable indeed. Given that the Radio 4 audience can afford to pay a reasonable £9 a week for high quality speech radio, this horse begins to look like a runner.

The current licence fee is £145.50 per household, an average of £12.13 a month - or less than Spotify and Netflix combined. Sixty per cent of homes find an additional amount for cable (Virgin Media) or satellite (Sky). Because the fee is levied on every household, the BBC's income has soared in the past 20 years as the number of UK households increased.

So what would the revenue in the models Elstein mentioned look like? Total licence fee income is £3,656m annually, giving us around 25.1m households. (The BBC raises another billion of cashflow through sales, on which it makes a slim profit). If as Elstein posits, 20 per cent gave up paying altogether, 40 per cent paid double and 10 per cent paid treble, then it would have over £5.1bn a year from licence fees.

Those numbers do indeed look good for the BBC - and very ominous for its rivals. The biggest favour anyone can do for BSkyB may well be to insist the BBC keeps the licence fee. Fancy that!

You can read the transcript of the session here (PDF). The next session includes former management: Ex-BBC directors-general Greg Dyke and Lord Birt and former chairmen Lord Grade and Gavyn Davies. ®